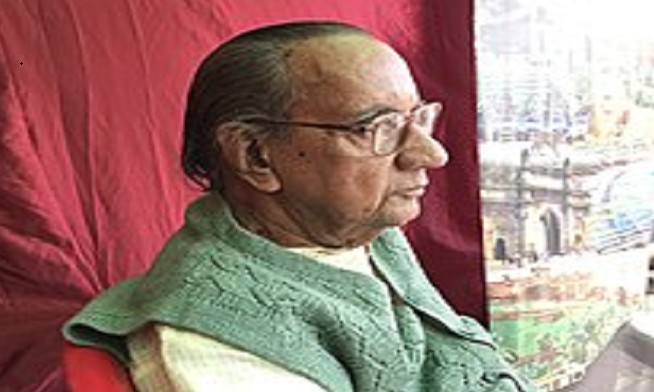 Sudhir Chakraborty, a prominent Bengali educationist, essayist and folk-culture expert, died Tuesday afternoon at a private hospital in Kolkata. He was 86 years old. The veteran researcher-writer had been suffering from a heart attack for several past days.

Sudhir Chakraborty was born in September 19, 1934 at Shibpur (Howrah). During World War-II, due to the fear of Japanese bombarding in Calcutta, Sudhir Chakraborty’s families had shifted to Dignagar, Nadia. The eminent writer completed his higher education from Calcutta University.

He was professor of Bengali literature since 1958 to 1994, but after retirement kept teaching until 2011. Sudhir Babu worked in Krishnagar Government College, guest lecturer of Jadavpur University and also associated with the Institute of Development Studies, Kolkata.

Sudhir Chakraborty received the ‘Ananda Purashkar’ in 2002 for his book “Baul Fakir Katha” and the “Sahitya Academi Award’ 2004. He got the awards of the eminent teacher from Calcutta University in 2006. His notable books include ‘Gobhir Nirjon Pathey’, ‘Sadar Mafassal’ ‘Bangla Flimer Gaan o Satyajit Roy’, ‘Lalan’, ‘Nirjan Sajane’, ‘Nirbas’ .