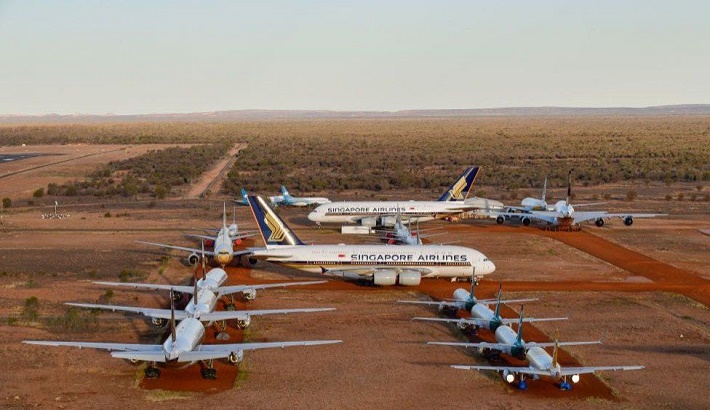 Experts are warning airlines to take extra care when reactivating planes left in storage during the pandemic, BBC reported.

Pilot rustiness, maintenance errors and even insect nests could be potential dangers for aircraft re-entering service.

Travel restrictions have caused a huge decline in flying, with many planes put in extended storage.

As a result, there has been a spike in the number of reported problems as planes return to service.

The number of so-called "unstabilised approaches" has sharply increased this year, according to the International Air Transport Association (IATA).

They can result in hard landings, runway overshoots or even crashes.