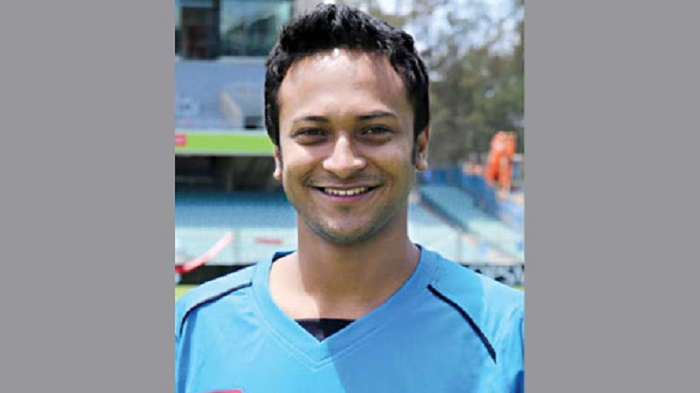 Bangladesh's top all-rounder Shakib Al Hasan will not be playing in the final of Bangabandhu Cup T20 as he is scheduled to leave Dhaka on Tuesday to attend to his ailing father-in-law in Minnesota, Espncricinfo reports.

Confirming the news, Nafees Iqbal, manager of Gemcon Khulna, said that they respected Shakib's decision to leave the team.

"Shakib's father-in-law was ill for a long time, but after yesterday's match, Shakib informed me that he has become critical," Iqbal said. "We shared it with our team owners. We respect that family comes first. We have no objections. Shakib left the team hotel last night, and his flight to the US is tonight."

Shakib's family lives in the US, and he has been there for most of the pandemic, only returning after his one-year suspension ended on October 29. Shakib played in the Bangabandhu T20 Cup from the beginning, after being drafted by Khulna, and has so far taken six wickets and scored 110 runs in the nine matches.

He made a quickfire 28 and took 1-31 in Khulna's big win over Gazi Group Chattogram on Monday.

Khulna will now have to replace their best player, having already lost the impressive seamer Shohidul Islam who went to his family home in Narayanganj after his father died on Sunday.