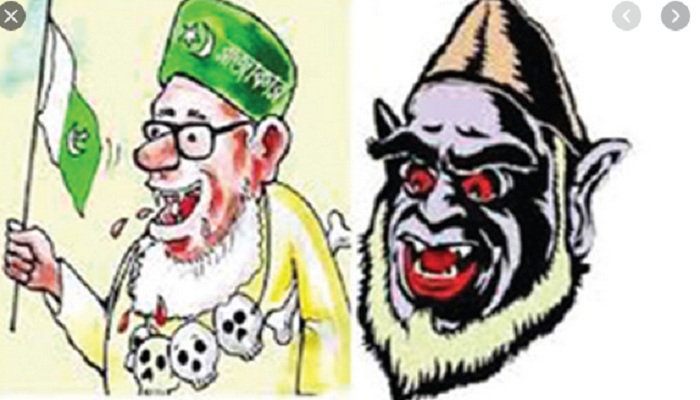 A fresh list of anti-liberation elements, including Razakars, Al-badr and Al-Shams, is unlikely to be published before Victory Day as its correction task and formulation of a new law are yet to be completed.

The authorities concerned are relentlessly working to publish the list by March 26 next, a fresh deadline set for publishing it, sources said.

Liberation War Minister AKM Mozammel Haque told the Daily Sun that it is not possible to publish a corrected list of Razakars before Victory Day.

“We’re working to make public a fresh list on the next Independence Day after passing a new law,” he said.

Earlier, the ministry of liberation war decided to publish a corrected list before Independence Day this year. Later, it shifted the deadline to Victory Day, but it is going to miss the deadline too.

The liberation war ministry on December 15, 2019 published a list of 10,789 anti-liberation elements. But the government withdrew the list of Razakars, after it was severely criticised by all quarters for containing names of freedom fighters of 1971 and pro-liberation individuals.

The Cabinet on December 7 has given a nod to the draft of formulating the law titled ‘Jatiya Muktijoddha Council Act-2020’ with keeping a provision for making a list of Razakars.

Sources said the new law incorporating the provision is likely to be published next January in the winter session of Jatiya Sangsad.

The existing law cannot fulfil the demand that’s why the liberation war ministry has prepared a fresh draft of ‘Jatiya Muktijoddha Council Act-2020’.

According to the draft, Muktijoddha Council will prepare a list of Razakars besides recommending for taking legal action against fake freedom fighters.

Awami League presidium member and president of liberation war ministry standing committee Shajahan Khan told the Daily Sun, “We are ready to publish a fresh list, but it is not possible to do so before passing the law.”

“We want to publish a flawless list so that no controversy arises in the future in this regard. No one is victimised due to the list,” he said.

Sources said that the ministry has already received corrected lists from 15-16 districts, while lists from 4-5 districts are under scrutiny.

Echoing the remarks of the minister, Tapan Kanti Ghosh, secretary of the ministry, said it will take time as making of list is a huge task.

As part of the plan, the authorities concerned have already collected names of Razakars who were arrested during the rule of Father of the Nation Bangabandhu Sheikh Mujibur Rahman.

In January 1972, the then Bangabandhu-led government passed a law to try the collaborators and war criminals. After that, 37,000 were arrested and sent to jail. About 26,000 were set free following a general clemency.

Around 11,000 were behind bars when the government of Justice Abu Sadat Mohammad Sayem and military ruler Ziaur Rahman repealed the Collaborators Act on December 31, 1975.