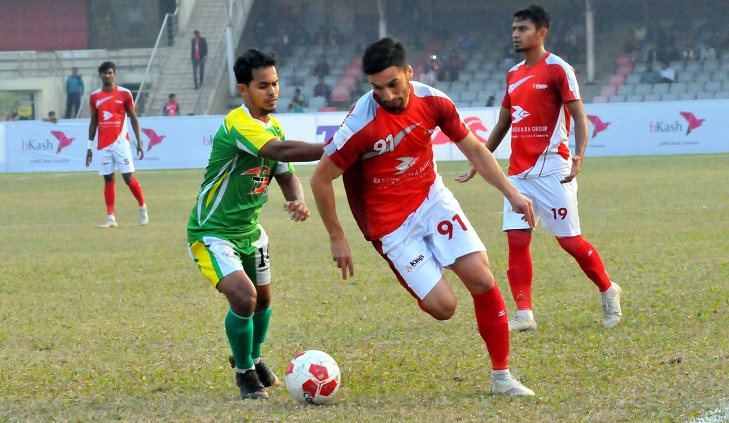 The season’s curtain-raiser soccer meet Federation Cup will kick-off at the Bangabandhu National Stadium on Dec 22. The fixture is yet to be announced. Walton Group became the title sponsors of the meet while Premier Bank Ltd and IFIC Bank Ltd had been named as power sponsors and cosponsors respectively.

Country’s first sports channel T-Sports will telecast the matches as the host broadcasters. The champions of the meet will be awarded with Tk 5 lakh and runners-up Tk 3 lakh. Besides, each team will get participation money of Tk 2 lakh.