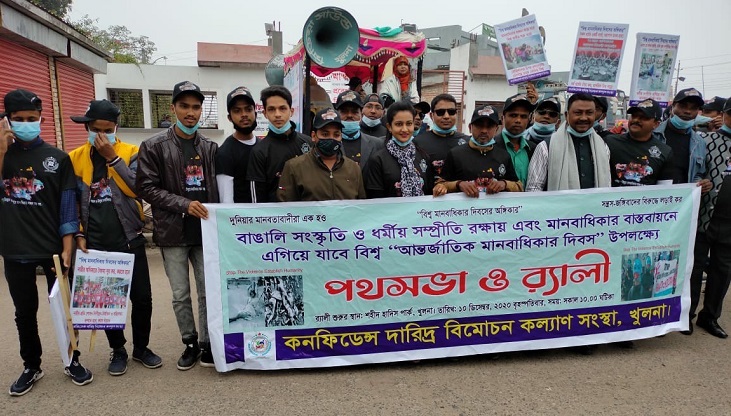 On the occasion of International Human Rights Day on 10.12.20 various NGOs and human rights organizations in Bangladesh held programmes to highlight increasing human rights violations in Pakistan and Xinjiang Autonomous Region of China where Uyghur Muslim minorities are persecuted. 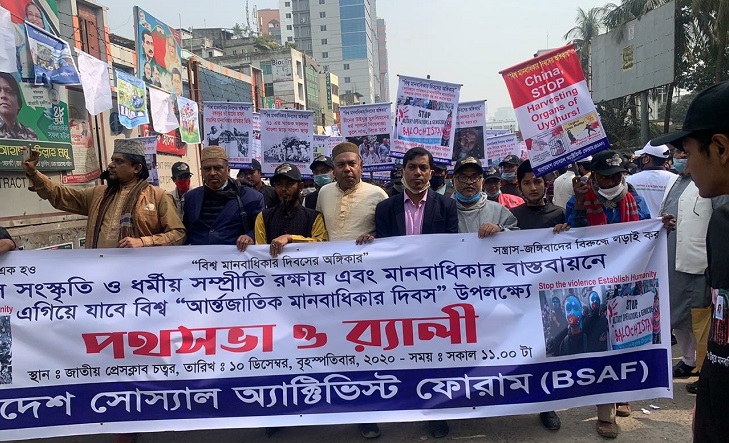 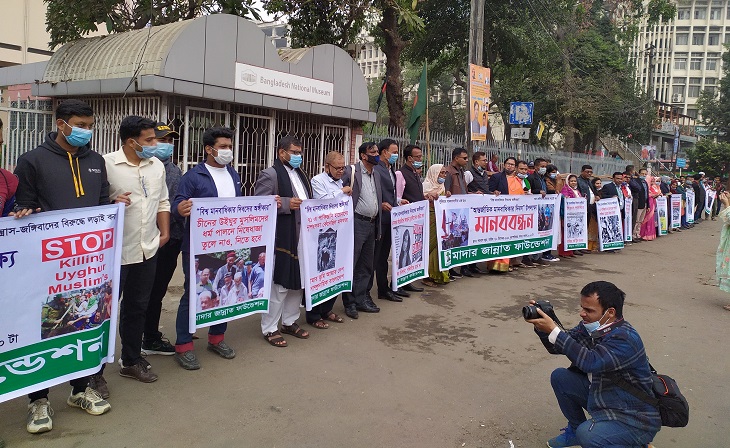 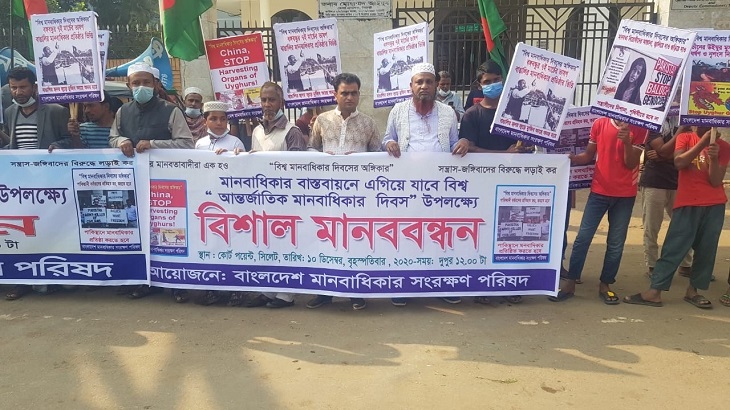 3. In Sylhet ‘Bangladesh Manobodhikar Songrokkhon Parishad’ a platform of civil society members organized a human china and demonstration at Court Point Sylhet. The programme was led by President of the orgnisation principal Maulana Mahmudul Hasan and General Secretary Moulana Sibbir Alam Khan. Speaking at the programme, the leaders of the organization stated that people are deprived from basic human rights in Pakistan and China.  They cited human rights violation in Xinjiaing region against Uyghur Muslims in China and in Baluchistan and Sindh in Pakistan. Over 200 people mainly local Moulanas and Alems participated in the programme chanting anti-China and anti-Pakistan slogans. They also displayed banners and placards depicting human rights violations in Xinjaing and Pakistan.

During the programmes demonstrators criticized the Chinese authorities for forceful removal of the statue of the Uyghur academic Mahmud Kashgary from the Opal Township in Kashgar Prefecture of Xinjiang Uyghur Autonomous Region. The protesters demanded UN Human Rights Council to make Pakistan and China accountable for forceful conversion and marketing of Hindu and Christian girls as ‘concubines’ and forciby sending them to China. The demonstrators demanded the world community to take note of the grave HR situation in these countries where minorities are treated inhumanly. The protesters demanded exemplarity punishment to a Muslim man who  recently shot dead a Christian girl named Sonia in Rawalpindi allegedly for refusing a proposal of marriage.  The protesters noted that in recent months violence on minorities has been on the rise in Pakistan and several cases of rape, abduction and forced marriages are reported. As per report of the Legal Evangelical Association Development, a non-profit advocacy group providing aid to persecuted minorities in Pakistan, 28 Christian girls became victims of abduction, rape, torture and sexual harassment in Pakistan during 2019-20 alone.