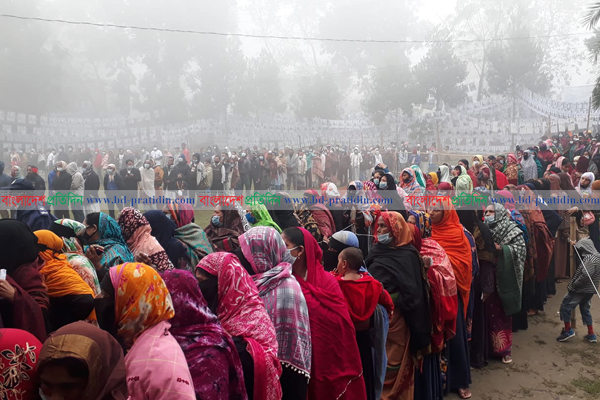 The voting started at 8:00am and will continue till 4:00pm without any break.

Of these, only five municipalities and three union parishads will go to regular election, while the rest will go to by-elections.

The five municipalities are Faridpur and Madhukhali of Faridpur district, Rajoir of Madaripur, Bancharampur of Brahmanbaria and Palashbari of Gaibandha.

Among 68 other union parishads, the by-polls to the chairman post will be held in seven unions.