N’ganj-Munshiganj elevated expressway on the cards 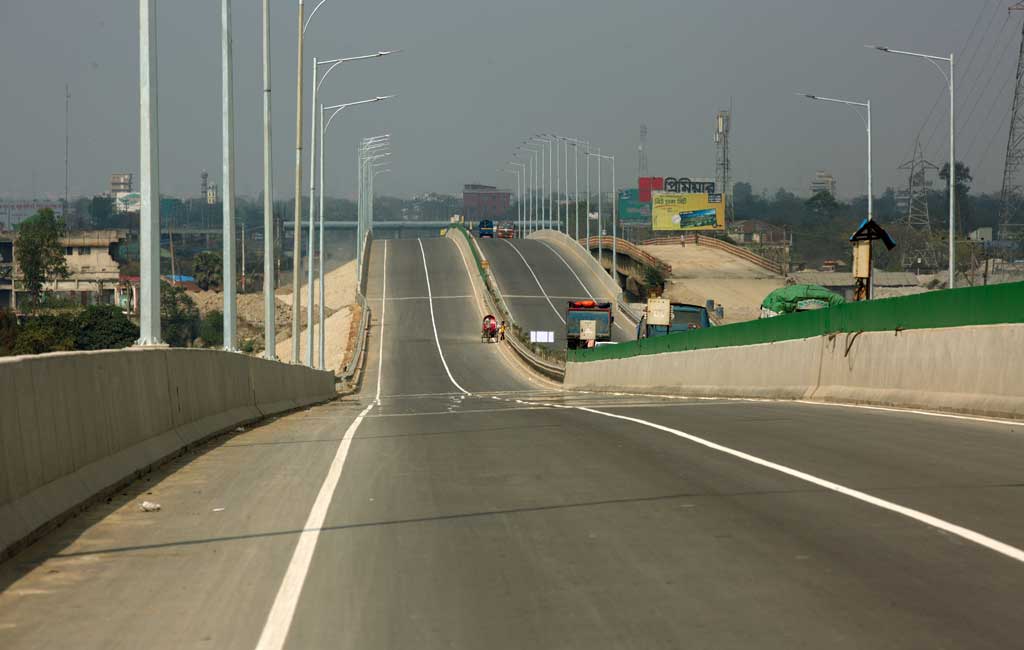 An elevated expressway is going to be built from Narayanganj’s Panchabati to Munshiganj’s Muktarpur to help Chattogram-bound vehicles from southern districts avoid Dhaka city’s traffic.

The government will spend Tk 22.28 billion under a proposed project to construct a 9.6km expressway to establish direct road connectivity from Munshiganj to Dhaka-Chattagram highway through the 3rd Shitalakhya Bridge.

A project titled: ‘Widening of Panchabati-Muktarpur Bridge Road and Construction of Elevated Expressway’ of road transport and bridges ministry is likely to get approval from Executive Committee of the National Economic Council (ECNEC) at its next meeting, planning commission sources said.

Once implemented, the project is expected to make road communications from southern districts to Chattogram faster and cost-effective alongside easing road connectivity from Munshiganj to Dhaka and Narayanganj.

“The vehicles from the southern districts don’t have to enter Dhaka city if the project is implemented. These vehicles will be able to reach Dhaka-Chattogram highway through the 3rd Shitalakhya Bridge,” said Mamun-Al-Rashid, Member of Physical Infrastructure Division of Planning Commission.

Not only that, the initiative will establish improved and safe road connectivity between Munshiganj, Narayanganj and Dhaka, he added.

The 6th Bangladesh-China friendship bridge, also known as Muktarpur Bridge, was built on the Dhaleshwari River on Dhaka-Munshiganj road in 2008 to establish a direct road link in the said route.

However, the existing road is very narrow and zigzag. The road is very busy with heavy vehicles as five cement factories and many potato cold storages are located in Muktarpur areas.

Average width of the road is only six metres and its current annual average daily traffic (AADT) is 17,910.

As a result, regular road accidents and huge traffic tailback is a common issue of the road, according to road transport and bridges ministry officials.

In view of this, bridges division has conducted a feasibility study on road expansion and prepared a detailed design of the elevated expressway.

6.25km elevated expressway will be constructed over the two-lane way and it will have six ramps to facilitate ascending and descending of vehicles. The total length of the ramps will be 2.8km.

Of the estimated project cost, the government will provide Tk 20.05 billion while bridges division will bear Tk 2.22 billion of the project cost, planning commission sources informed.

Under the proposed project, over Tk 8.36 billion will be spent on acquiring 44.50 acres of land and rehabilitation while construction of elevated expressway will require Tk 9.07 billion, construction of pavement and related work Tk 1.88 billion, among others.