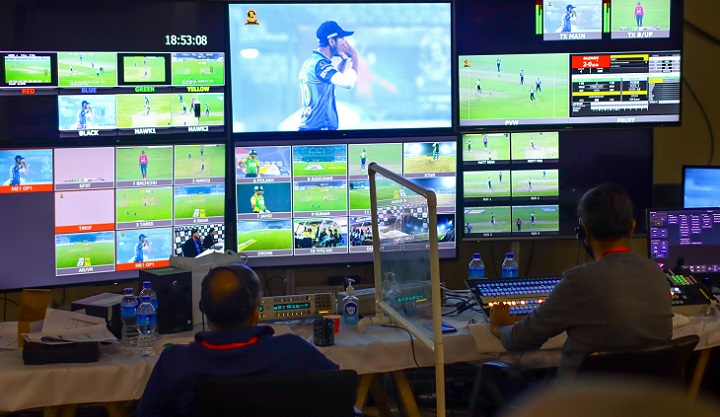 Whether it is a bilateral series or Bangladesh Premier League (BPL), one thing seems to be common, a group of men working day and night in and around different venues of the country to make sure that the game is telecasted live maintaining a high standard.

In modern-day cricket, broadcasters play a major role and their success largely depend on the production team who work relentlessly to make sure that viewers across the wire experience high-quality cricket content as it is considered to be a parameter to evaluate the quality of a tournament or a series.

Following the COVID-19 pandemic and the advent of ‘new-normal’ environment, people involved with production companies are facing a challenge of entertaining people despite all the restrictions that is around them to keep them safe from the deadly coronavirus.

The success of Indian Premier League (IPL) in UAE and the international series which is taking place worldwide only suggest that that production companies need to adapt with the ‘new-normal’ environment.

Real Impact, a leading Broadcast Equipment Rental and Production company in India, are running the show from behind for several years in Bangladesh working with broadcast right holders, feels they need to accept the fact that they have to perform despite through the challenges.

“I think it will be challenging for us (who works is production) to telecast cricket in the ‘new-normal’ environment,” Real Impact Managing Director Rajiv Sabharwal told The Daily Sun as he came to visit Bangladesh as his crew are working in the ongoing Bangabandhu T20 Cup.

“Psychologically it is extremely challenging for the crew, as they can only go to stadium in authorised vehicle for matches and have to stay in rooms during the rest of the time. With no large gathering and lack of interaction in the hotel, certainly it is challenging while you have to understand that these days they cannot go out and enjoy Dhaka’s delicacies like before,” he said.

“Keeping them charged up is one of the major areas of concern for us and we are focusing to make sure that they are not gripped by boredom,” he said adding that the toughest task for them was to give an understanding of this ‘bio-bubble’ working environment to local crew and the staff members.

“Working in broadcast room with glass partition is a challenging task because no one is habituated with it and most importantly we had to make them understand the importance of working in a bio-bubble environment,” he said.

While it is challenging to work inside the broadcast room as well as managing the crew, according to Real Impact Engineer Ramesh Kumar Sinha, they have to make sure that they are not lagging behind despite the restrictions imposed in the stadium.

“We can’t fix any technical failures immediately. Now, we have to think twice before running to the ground or running to the players. We can’t go for players’ interviews directly and these are the new aspects that have come up now after this pandemic,” said Ramesh.

“We have to run the show with this equipment. As an example, if the stumps break, we will think twice before going to the field as permission is needed. Earlier, we had to ask only the umpire and change it immediately. Although it has to be changed immediately, we have to adhere to the rules now,” he said.

When asked whether lack of crowd also makes it more taxing from the broadcaster’s point of view, Ramesh admitted it without hesitation.

“Crowds are a part of the whole content. When people cheer, it’s a different feel altogether, even the audio from the crowd, their gesture, attire as well. Now, the view has been narrowed. We have to give that feeling of a match going on and that’s why we have to add the sound effects,” he said.

“It (COVID-19) is here to stay for one more year at least. We have to adapt to it. The show must go on. Sports have to be covered this way for at least one year,” he concluded.

Sabharwal added that less crew at the FOP (Field of Play) makes it difficult for the crew as they need to manage without the support staff as nowadays broadcast team cannot send presenter to have an interview of players because of restrictions and they are taking the interviews remotely from commentary box.

Around 80 people are working in the broadcast team and they are from Australia, UK, Canada, Sri Lanka, and India and also from Bangladesh.

While there is no Spidercam, Real Impact is using 10 standard HD cameras along with six Ultra-motion Hawk cameras and three super slow motion cameras along with two stump cameras while they have  one commentary camera and two cameras in dug outs.

For this ongoing domestic T20 tournament, Ajay Rawat is working as director, who had worked in 8 editions of Indian Premier League while Real Impact employed 60 people for the tournament

T- Sports, a sister concern of Bashundhara Group, launched the first ever sports channel in the country with an aim to offer its viewers with all kinds of sports entertainment in Bangladesh and all over the world, earned the media rights for the ongoing Bangabandhu T20 Cup.