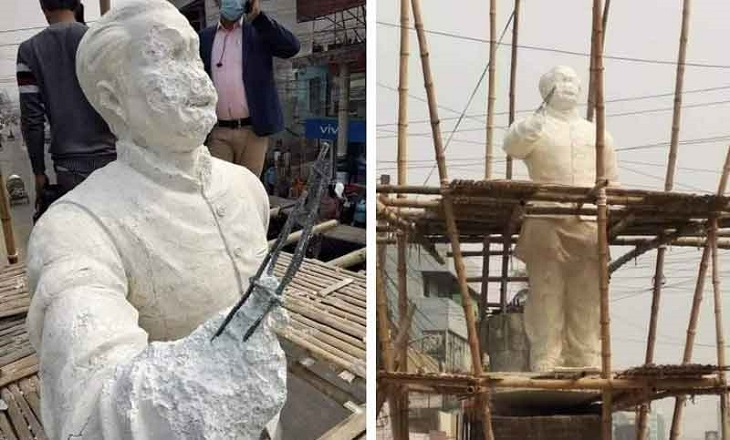 Unidentified miscreants have vandalized an under-construction sculpture of Father of the Nation Bangabandhu Sheikh Mujibur Rahman in Kushtia in the dark of night.

Local sources said that the under-construction sculpture of Bangabandhu in the intersection of five roads in Kushtia municipality was damaged at different parts on Friday night.

Demonstrations and human chains were formed in protest against the incident at Bangabandhu Supermarket premises and in front of the police station on Saturday morning.

Kushtia Superintendent of Police SM Tanvir Arafat said, "A CCTV footage has identified the miscreants involved in the incident. They will be brought under the law soon”.

Leaders and activists of various political and social organizations including Awami League expressed hatred over the misdeed.