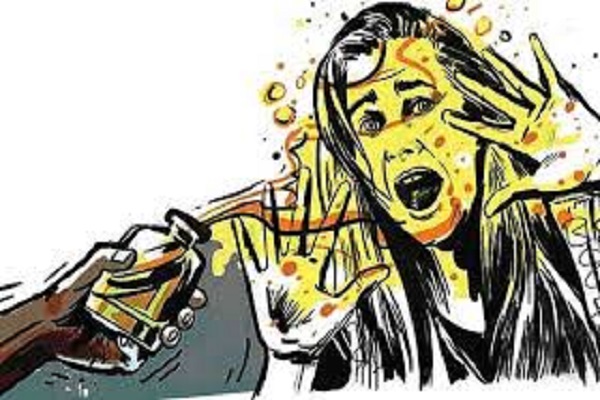 A man allegedly threw acid on his ex-wife, an employee at a garment in Dhaka's Ashulia area, on Wednesday night.

The injured Dolna Akhter Rima, 23, was admitted to Dhaka Medical College Hospital's burn unit after the incident with 30 percent burns on her body.

Confirming the news, Iqbal Hossain, sub-inspector of Ashulia Police Station, said Rima's former husband Ranju Mia attacked her when she was on her way home from work in Ashulia's Jamgora area around 10:00pm, the SI said.

Local caught Ranju during the incident and handed over to police.

Rima and Ranju got married in 2018 and divorced three months ago, the police official said.