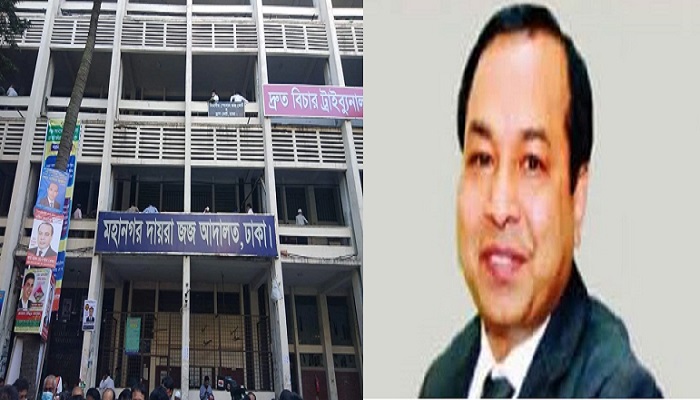 A Dhaka Court has issued a warrant for arrest of former Managing Director of NRB Global Bank and Reliance Finance PK Halder in a money laundering case.

The above order came hours after the High Court had expressed dissatisfaction with delay in arresting money launderer PK Halder who is fugitive abroad.

During hearing of a related petition, the HC asked ACC and other government authorities to submit by December 9 documents stating the status of arrest warrant against him, confiscation of properties and lodgment of cases.

The corrupt and money launderers including the people like Proshanta Kumar Halder must be punished, the HC observed during the hearing.

The government agencies concerned are bound to protect the public properties in accordance with the law and constitution, the court said.

The lawyer also said the authorities concerned have confiscated 53 bank accounts and immovable properties worth Tk 43 crore of PK Halder.

The irregularities of Halder was surfaced amid anti-casino drives last year leading ACC to go for a probe into involvement of Halder and 42 others in the illegal gambling business and money laundering.

The government issued a travel ban on Halder on October 3 last year but he managed to go abroad.

The HC had also directed Inspector General of Police and immigration authorities to create congenial atmosphere to allow PK Halder to come back home, asking the launderer to refund the money to the affected organisations.

Such directive of the High Court was preceded by a writ petition of International Leasing and Financial Services (ILFSL), an affected party.

PK Halder reportedly wanted to return home and refund the money he embezzled.