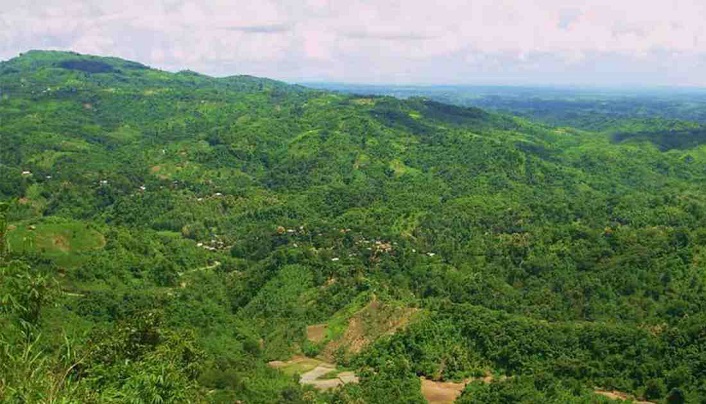 The signing of a peace deal between PCJSS and the then Awami League government in 1997 did not mean anything only for the CHT region. It was, in fact, more than that.

Twenty-three years have elapsed since the signing of the Chittagong Hill Tracts (CHT) Peace Accord, but some conditions of the historic treaty still remain unfulfilled due to “non-cooperation from some armed groups.”

Locals and officials say these groups are trying to destabilise peace in the three hill districts again.

The main objective of the historic treaty was to establish peach in the hilly region and ensure the country’s progress.

But, they said, peace has not fully returned in the mountains over the last two decades as the armed groups remained engaged in various terrorist activities, including murder, kidnapping and extortion.

One of the major conditions of the deal was to develop the three hill districts -- Rangamati, Khagrachhari and Bandarban --as tourism hotspots.

But it cannot be properly implemented due to the opposition by the anti-peace treaty groups, the officials said.

On December 2, 1997, PCJSS (Parbatya Chattagram Jana Sanghati Samity) signed the peace deal with the then Awami League government, led by Sheikh Hasina, ending over two decades of tribal insurgency and bloodletting in the hill districts.

Then Jatiya Sangsad Chief Whip Abul Hasnat Abdullah signed the deal on behalf of the government while Joritindra Bodhipriyo Larma (Santu Larma) on behalf of PCJSS.

PCJSS also faced a split as some of its members quit it in 2007 and formed PCJSS (Reformists) led by Sudha Sindho Khisa.

These groups have reportedly been engaged in various crimes, including extortion, kidnapping and killing, locals alleged.

They said sometimes they clash with each claiming the lives of both Pahari and Bengali people and hampering development activities.

According to law enforcers, the four hilly armed groups have been at loggerheads just for establishing supremacy and extortion.

They said though there is no specific study, law enforcers, local police and intelligence agencies said around Tk 400 crore is extorted in the CHT region every year.

They said the local armed groups are constantly changing their tactics in the case of extortion.

“They’ve chosen mobile banking as the way of collecting toll to dodge the eyes of security forces. So, it’s now difficult to identify them. Those who pay the toll money also don’t want to speak up about the extortion in fear of reprisal,” an officer of a leading Intelligence agency in Rangamati district told UNB wishing anonymity.

He said the armed groups are now targeting the Awami League leaders and activists in the hilly districts as part of their move to destabilise the region.

"Maintaining a hostile relation with Awami League leaders and activists, it’s not possible to bring peace in CHT," Dipankar added.

He said JSS should come forward with a positive mentality to restore peace in the CHT. “Otherwise, all efforts will go in vain.”

According to official statistics, 376 people, including 120 Bengalis, have been killed in three districts of the CHT in various incidents like extortion and conflict over supremacy from January 2014 to October this year.

Besides, 536 people, including 169 Bangalis, have been abducted during the period.

Sources at the local police and intelligence agencies said 105 extortionists in the CHT have been detained by law enforcers since January 2019 to September 2020.

Locals said they have to pay a certain amount of money to the armed groups for whatever is sold in markets.

“Even if you sell a banana stick, you’ll have to pay a portion of the money to the armed groups from there,” said a resident of Rangamti town.

Hazards in dealing with crimes

Talking to UNB, Superintendent of Police (SP) of Rangamati District Alamgir Kabir, said there are some obstacles to the prompt arrest of accused and put them on trial in murder cases due to geographic location of the CHT and some other reasons.

“Once a crime is committed in a remote area, it’s difficult to find an eyewitness. In many cases, it takes three days to come from a remote area to testify. They don't want to do that. Linguistic problem is also a barrier to any investigation and finding out offenders as the different tribal groups use different colloquial.”

“Army, police and BGB personnel usually jointly conduct operations and we take instant action if we get any information about extortion. That’s why they’re constantly changing the strategy of extortion,” Kabir said.

He said the criminals now receive toll money through mobile banking instead of collecting it physically. “So, we now try to take action through tracking.”

A senior officer in the Rangamati district administration said tribal leaders and armed groups have been directly and indirectly opposing the development of the region and tourism industry in the CHT only to exploit the residents of the region and maintain their supremacy.

He said the members of JSS (original) and UPDF keep on carrying out various criminal activities, including making attacks on tourist vehicles and hijacking to create obstacles to development of the tourism industry in the region and discourage the arrival of tourists.