Two thirds of the world’s school-age children have no internet access at home, UN report says 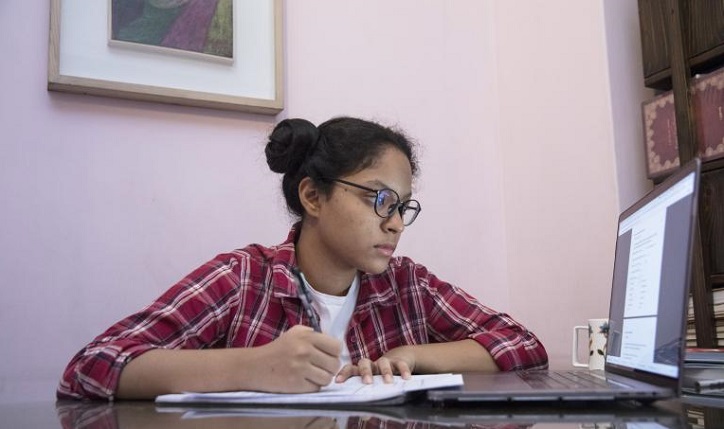 A staggering two-thirds of world’s school-aged children – 1.3 billion children aged 3-17 – do not have internet connection in their homes, preventing them from learning vital skills needed to compete in the modern economy, a new UN report has revealed.

The UNICEF-ITU report How Many Children and Youth Have Internet Access at Home? also found a similar lack of access for young people aged 15-24, with 759 million or 63 per cent unconnected at home.

The massive number “is more than a digital gap – it is a digital canyon”, said Henrietta Fore, UN Children’s Fund (UNICEF) Executive Director.

The lack of connectivity, she continued, doesn’t just limit children and young people’s ability to connect online, it isolates them from the work and prevents them from competing in the modern economy, said the joint report from the United Nations Children's Fund (UNICEF) and the International Telecommunication Union (ITU) on Tuesday (Dec 1).

“And in the event of school closures, such as those currently experienced by millions due to COVID-19, it causes them to lose out on education. Put bluntly: Lack of internet access is costing the next generation their futures,” Ms. Fore added.

“Children without access to these means of distance learning are bearing the brunt of the digital divide and inequity. They have less access to learning opportunities during the pandemic, putting their education and future in jeopardy. This divide exacerbates the pre-existing inequalities. It can perpetuate the vicious cycle of poverty and disparity from one generation to the next, with children becoming its transmission belt,” said Tomoo Hozumi, UNICEF Representative in Bangladesh.

Around 42 million children are affected by COVID-19 school closures in Bangladesh. For those with no access to internet or TV, education can effectively be out of reach. Even before the pandemic, a growing cohort of young people needed to learn foundational, transferable, digital, job-specific and entrepreneurial skills to compete in the 21st century economy.

The digital divide is perpetuating inequalities that already divide countries and communities, the report notes. Children and young people from the poorest households, rural and lower income states are falling even further behind their peers and are left with very little opportunity to ever catch up.

According to UNICEF, a quarter of a billion students worldwide are still affected by COVID-19-related school closures, forcing hundreds of millions of students to rely on virtual learning.

For those with no internet access, education can be out of reach. Even before the pandemic, a growing cohort of young people needed to learn foundational, transferable, digital, job-specific and entrepreneurial skills to compete in the 21st century economy.

“Large parts of rural areas are not covered with a mobile-broadband network, and fewer rural households have access to the internet. The gap in mobile broadband adoption and internet use between developed and developing countries is especially wide,” he said.

The report also revealed that the digital divide is perpetuating inequalities between countries and communities. According to the report, globally, 58 per cent school-age children from richest households have internet connection at home, compared with only 16 per cent from the poorest households.

The situation is similar between urban and rural populations and between high-income and low-income countries: around 60 per cent of school-aged children in urban areas do not have internet access at home, compared with around 75 per cent in rural households. School-aged children in sub-Saharan Africa and South Asia are the most affected, with around 9 in 10 children not connected.