How prophetic he was! 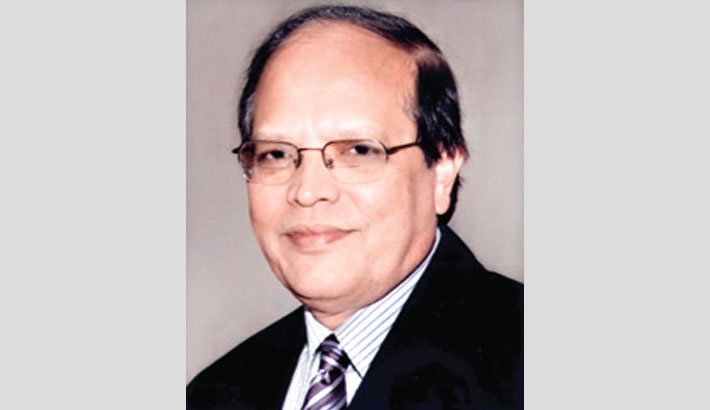 As we have reported in the earlier pieces of this column, Sheikh Mujib had to face many ordeals in prison. As he was kept in solitary confinement, it took an extreme toll on his health, both mental and physical. He was anxious about what was going on throughout the province on 7th June 1966. Awami League called for an all-out strike on that day. He did not receive any proper news of the outside and he would eagerly wait for the newspaper to arrive. While Sheikh Mujib was suffering inside the prison, many were protesting the government outside. Sheikh Mujib was worried about these people and would get news of the ‘Hartals’ from rumors and the newspapers. Mujib wrote that he could not fully understand what was going on outside as rumors in the jail were not always true. The sepoys talked among themselves and prisoners picked up some of that information. They would share a bit of the same with Sheikh Mujib. However, one thing he was quite sure that people were supporting the Six-Point movement and they wanted freedom. In his own words, “…they want to live; they want to eat; and they want their rights.” (Sheikh Mujibur Rahman, The Prison Diaries, Bangla Academy, 2019, p.58). And so, he was confident that the hartal was on as it reflected what people wanted at that time. As the hours passed by, he heard more rumors including about some police firings. By afternoon, things started becoming clearer as many people were hauled into the jail after being charge-sheeted by summary courts set up by the government.

He was very upset and restless during the whole of 7th June. He was not calm even at night. The newspapers like Azad and the Pakistan Observer covered well about the hartal. And when he got up in the morning, he could not believe his eyes seeing the number of people brought to jail during the previous night. People including children laid sprawling in the jail office with severe wounds. While most sepoys were behaving well with these newly arrived prisoners, a few were not. He was forced to “let the jail authorities know that they should stop abusing them for otherwise there would be trouble.” (ibid.p.61). However, prisoners, in general, were kind to the young people and the children who were still crying. Some of the prisoners shared their towels and skip their food to share with these kids. Sheikh Mujib became highly perturbed as he was not getting full information. Despite being persuaded by fellow prisoners he could not eat anything during breakfast and lunch. He was awaiting the arrival of the newspapers that came late on the 8th of June. However, the government interfered heavily and censored the publication of the news about the strikes. (ibid. p.62) The newspapers carried only the government press note which said ten people were killed during police firings. A seasoned politician, Sheikh Mujib could easily comprehend that many more actually died while making protests. Seeing the plight of the young prisoners kept next to his cell, he was deeply hurt and made all-out efforts to ensure that they were looked after well by the jail authorities. So, he wrote, “Next to where I was, in what is old cell number 20, they had brought 82 boys during the night; none of them could be more than 15 years old…I saw them bringing these boys during the night. The door had been shut by then. Through the window I yelled at them saying, “Mr. Jamadar – do see to it that they are given food. Perhaps they had gone without food for two days now.” (ibid. p.64)

Sheikh Mujib was concerned for the well-being of the prisoners that were brought in after the strike. In one incident, Mujib saw a constable behaving roughly with some prisoners and he called him and told him not to do such a thing again. The constable also promised him that he would not do it again (ibid.pp.65 and 66). Reacting at the government press note saying “police resorted to firing out of self-defence’’, he asked who would believe such a false statement. After seeing this level of sacrifice of the ordinary people, he became even more confident that his campaign for realisation of the Six-Point Program will succeed as it came from their hearts. His forecast of victory which was later vindicated in 1971 had deeper substance. He wrote in his diary on 8th June 1966, “Since the people of this country have learned to sacrifice their lives to achieve their rights, victory will surely be theirs; it is only a matter of time before they emerge victoriously.” (ibid. p.63) What a prophetic statement!

The people that were arrested were also devoted to Mujib and his cause. In Sheikh Mujib’s diary entry on 14th June, we get to know that some prisoners who were getting out on bail made an attempt to talk to him. They told him that they would continue to struggle for the movement and get Sheikh Mujib out of the prison. Their words made Sheikh Mujib very emotional. In his words, “I kept looking at them for a while. Their words made me so happy! It made me feel it was not a prison that I was in but an abode of peace. The parting words of these very young ones made me forget my worries for some time. I found mental strength in them; I felt I would be able to endure jail life for a long time; when boys like them come forward to struggle for the freedom of the country, who would be able to thwart our movement?” (ibid. p.82). Time and again Sheikh Mujib had recorded his words of compassion towards his countrymen. In an assembly that took place in Racecourse Maidan on 3rd January 1971, Mujib said, “I have no desire to be Prime Minister. Prime Ministers come and go. But I will always reckon the endearment and reverence people have given to me. I am not even afraid of persecution and the solitary confinement of tenebrous prison. But the affection of people has weakened me.”

Meanwhile, Sheikh Mujib’s mother was seriously ill as well. On 9th June, his family had come to visit him and let him know about his mother’s health. His wife had asked him to apply to the authorities for his release to which he replied, “if I go to see my mother for a few days and her condition doesn’t get any better then, and if I return to jail leaving her in that state, she might even have a heart attack. I’ll go if they release me; otherwise, I won’t. Send somebody immediately; tell my brother Naser to go to our home.” (ibid. p.67) He had even asked the Deputy Jailer to send a message to the Chief Secretary regarding his mother’s health and whether he could be released. He gave a draft telegram to him to send it to the Chief Secretary. However, it was to no avail (ibid, p.69). Even during that time, it was tough for him to get news about his mother’s health. He spent a lot of time worrying about his mother and it made him very sad. He was seen reminiscing his memories with his mother. He wrote, “Even at this age I hug my mother tight. But they arrested me from my house and put me in Dhaka jail all of a sudden on the evening of the 8th of May. I kept thinking of what she had said again and again now: “I won’t live much longer. Come and see me”. I didn’t feel like talking to anyone anymore.” (ibid. p.68)

Sheikh Mujib was also trying to spend his time gardening. His cook had brought a hen that would roam around the garden. One day the hen got sick and his cook suggested that they should slit its throat. Sheikh Mujib told him not to do so as he really liked the hen roaming majestically around the garden (ibid. p.80). He found joy in these simple things during his long imprisonment. He was glued to nature even during those difficult days of solitude.

The author is Bangabandhu Chair Professor at Dhaka University and former Governor, Bangladesh Bank. He can be reached at [email protected]