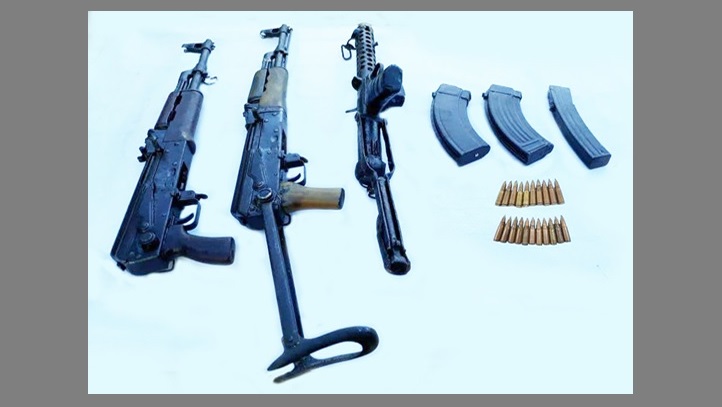 Officials of Bangladesh Army in a special drive have recovered caches of heavy arms and ammunition from the hilly areas of Bhuachhari in Sajek, Rangamati.

Acting on a tip-off, the army of Khagrachhari region conducted a drive from Baghaihat Army Zone to the deserted hilly area on Saturday 10:45am and recovered the illegal arms stored there by some local criminal gangs.

Criminal gangs are very active in the area and often spread violence in the region, said a press release from Inter-Services Public Relations (ISPR) signed by Rasedul Alam Khan, deputy director of the unit.

Several patrol teams of the army have been conducting drives in the region from November 2, said the press release.