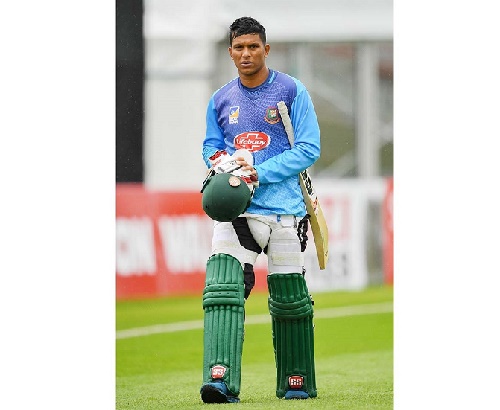 Minister Rajshahi official said on Sunday that they are expecting to get the service of Mohammad Saifuddin from the mid of the ongoing Bangabandhu T20 Cup.

Bangladesh pace-bowling all-rounder Mohammad Saifuddin hurt his left ankle on November 22 during a practice session ahead of the tournament which has ruled him out of the action for at least two weeks.

Saifuddin was Rajshahi’s first choice in the players’ draft of this event. But for this injury, he won’t be able to play the first few matches for Rajshahi which is a big setback for them.

“Saifuddin is doing well with rehab programme. Team physio is doing rehab according to BCB ankle injury rehab protocol and with the concern of BCB physician, physio and trainer. According to his progress, he may return to play in the middle of the tournament. He will only play whenever he passes BCB fitness protocol,” team manager Hannan Sarkar said on Sunday.