3 get life term for killing minor after abduction in Bagerhat 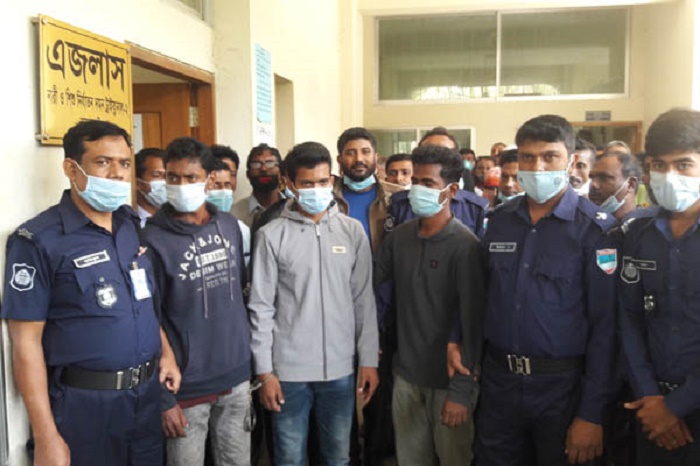 A Bagerhat court on Sunday sentenced three people to life term imprisonment for killing a three-month-old boy after abduction in Morrelganj upazila of Bagerhat in 2019.

Md Nur-e-Alam, judge of Bagerhat Women and Children Repression Prevention Tribunal, announced the verdict in presence of the accused this noon.

According to case statement, the convicts stole the three-month-old boy Abdullah from his parents' bedroom in Bisharighata village of Morrelganj upazila on March 11, 2019.

On the same day, the child's father Sirajul Islam Sohag filed a case with the police station. Later, the convicts called Abdullah's father Sohag over mobile phone and demanded a ransom of Tk 10 lakh. Sohag paid Tk 10 lakh as per the demands of the accused, but they did not return the child.

Later, police arrested Hridoy on March 13. Gleaning information from Hridoy, police recovered the body of the child from a toilet on March 18.