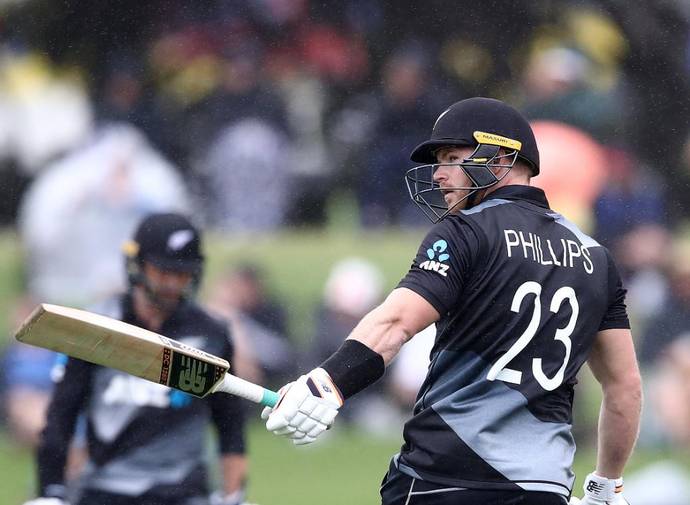 A record century by Glenn Phillips saw New Zealand whip the West Indies by a comprehensive 72 runs in the second Twenty20 international in Mount Maunganui Sunday to wrap up the series with a game to spare.

The 23-year-old Phillips smashed 108 off 51 deliveries, reaching his century in a New Zealand record 46 balls as the Black Caps posted a massive 238 for three.

It left the West Indies facing the second highest chase in Twenty20 history to win, but the target of 12 an over proved too much and they were 166 for nine at the close.

After his stunning turn with the bat, which featured eight sixes and 10 fours, Phillips also starred in the field with the sharp run-out of Andre Fletcher and a diving catch on the boundary to remove Kyle Mayers.

New Zealand, who won the first match by five wickets, lead the series 2-0 with the third and final match to be played in Mount Maunganui on Monday.