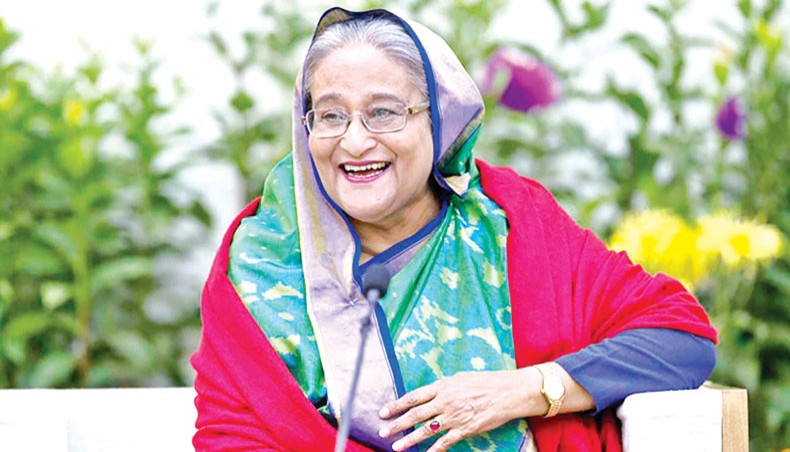 Prime Minister Sheikh Hasina is expected to lay down the foundation stone of the dedicated railway bridge over the Jamuna River on Sunday.

“The Prime Minister will lay down the foundation stone of 4.8-km long double-line dual-gauge Bangabandhu Sheikh Mujib Railway Bridge at 10:30am virtually from her official Ganobhaban residence,” said an official of the Railway Ministry.

According to the project details, contractors concerned have already started preliminary works of the bridge while construction of the main construction will start today.

He said building of construction yard and facility development for employers-engineers and contractors are progressing fast.

The main bridge will be constructed under two packages. Two separate agreements have already been signed with Obayashi-TOA-JFE, Japan and IHI-SMCC JV, Japan for eastern and western part of civil works respectively.

As per the agreements, land was handed over to the both contractors in July this year. The new bridge will be able to run trains at a speed of 120 kmph on broad gauge line and 100 kmph on meter gauge track. With construction of the Bangabandhu Sheikh Mujib Railway Bridge 88 trains will be able to run.

Local staffers of the contractors are now preparing the construction site, fencing the site and building accommodation facilities for workers. A land-related dispute with the Bangladesh Bridge Authority for building a construction yard has already been settled.

Of the approved project cost of Taka 9,734.07 crore, Taka 7724.32 crore would come from the Japan International Cooperation Agency (JICA) as project assistance and Taka 2009.75 crore from Bangladesh government exchequer.

Once built, the dual-gauge double-track bridge would be the largest dedicated rail bridge in the country.

The bridge would improve the capacity of Bangladesh Railway (BR) in operating more trains between the capital and western part of the country. It would also help reduce train delays, which are now common, officials said.