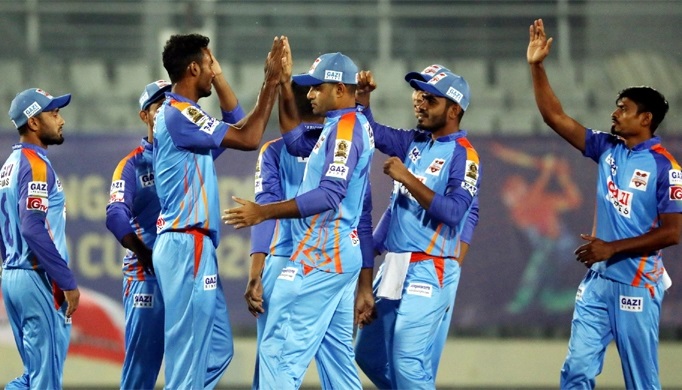 Gazi Group Chattogram captain Mohammad Mithun won the toss and elected to bowl first in their second game against Gemcon Khulna in the Bangabandhu T20 Cup at Sher-e-Bangla National Cricket Stadium on Saturday.

Gazi Group Chattogram which crushed Beximco Dhaka in their first game of the tournament fielded an unchanged side in a bid to keep up their winning spree.

Star-studded Gemcon Khulna got a hard-fought four-wicket win over Fortune Barishal in the first match but conceded a six-wicket defeat to Minister Group Rajshahi in the second game.

With an aim to bounce back into the winning way, they however made a one change into the side with pacer Hasan Mahmud replacing fast bowler Shafiul Islam.