First priority for Covid-19 vaccine will be given to India’s closest neighbours, says Foreign Secretary Shringla 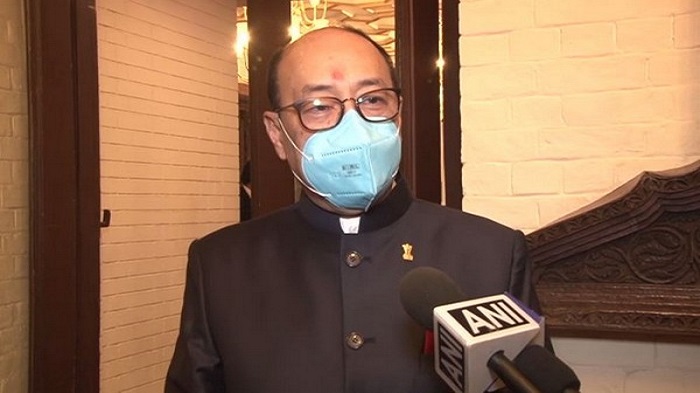 During his two-day visit to Kathmandu, Foreign Secretary Harsh Vardhan Shringla on Thursday asserted that the first priority for distribution of COVID-19 vaccine would be for India’s closest neighbours, like Nepal.

While speaking to mediapersons, Shringla said: “We will make this vaccine accessible and affordable, and it goes without saying that the first priority will be for our closest neighbours, our friends, like Nepal.”

Reiterating that India is the largest producer of vaccines in the world, the Foreign Secretary stated that Prime Minister Narendra Modi had made it clear that the vaccine was not for the people of India, but for all humanity.

“I had the opportunity to discuss this with the Foreign Minister and Foreign Secretary and we will put our health ministries, our regulators in touch with each other to ensure that when this vaccine enters the market that Nepal will also have the fullest benefit of this vaccine,” said Shringla.

He also mentioned that COVID-19 had brought attention to a greater cooperation at the financial, regional and international level.

He further lauded PM Modi’s initiative to bring the leaders together to work out arrangements for regional cooperation.

“An emergency response fund was created, we are very grateful for Nepal’s generous contribution of USD 1 billion to this fund, that fund and that meeting ensured very extensive networking and cooperation of our health expert and how to deal with the crisis,” he added.

He also applauded PM Modi’s stand at the recent G20 summit and his emphasis on the need for human-centric globalisation.

Shringla arrived in Nepal on Thursday for his maiden visit, and was received by his Nepal counterpart Bharat Raj Paudyal.

Upon his arrival, Shringla said India and Nepal have “very strong” ties and their endeavour would be to take the relationship between the two nations forward.

“Our bilateral relations are age-old and historic, we have something which very few countries have. We have civilisation types that come not from centuries but from millenia. Even during the worst phase of the COVID-19 pandemic, we ensured that great essential supplies and commodities continue to flow between our two countries, and today we are looking at the responsibility of taking our relationship further, faster and to greater heights,” Shringla told media.

According to the Ministry of External Affairs, Shringla’s visit is in keeping with the tradition of regular high-level exchanges between the two countries and the priority India attaches to its relations with Nepal.

“India has historical and civilisation linkages with Nepal. In recent years, bilateral cooperation has strengthened, with several major infrastructures and cross-border connectivity projects completed with India’s assistance. The visit will be an opportunity to further advance our bilateral ties,” the ministry said.

Sources informed that the Foreign Secretary will meet other dignitaries, and will do a public address, followed by a visit to the site of a development project.

Essentially, this is an initial courtesy and a “getting-to-know-you” visit, which got delayed due to COVID-19, sources said.

Shringla visit will help underline the warmth of the relationship, the sources said, adding that it will also help enhance the level of our engagement, and allow a comprehensive review of our ties after a gap of some time. “We are keen to take forward this momentum, and make progress on the diverse sectors that encompass our bilateral relations,” they asserted.

Shringla’s visit came months at a time the ties between the two countries are under strain after Nepal released a new map showing Lipulekh, Kalapani and Limpiyadhura as its territories.

India reacted sharply, calling it a “unilateral act” and cautioning Kathmandu that such “artificial enlargement” of territorial claims will not be acceptable to it.