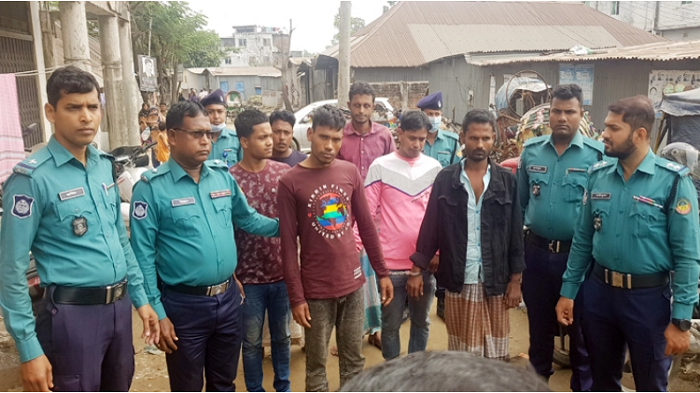 Police arrested six people with local weapons while they were taking preparation for committing robbery in Chandana Madhapara area under Bason Police Station in Gazipur.

Acting on a tip-off that a group of robbers were preparing to commit robbery at Delwar’s house in Chandana Madhapara area under Bason Thana on Thursday night, police conducted a drive and arrest them with local arms, said Jakir.

All of the arrestees are accused in several cases filed with different police stations.

A case has been file with Bason police station in this connection, the DC added.

On the other hand, law enforcers conducted a drive at Chandana area under Basan Thana on Friday morning and arrested a man named Majharul Islam, 22, with counterfeit notes worth Tk 2.60 lakh. Police also arrested Sapla Akhtar, 23, with Tk 3000 of counterfeit notes.

Another case was filed over this incident with Bason Police Station.