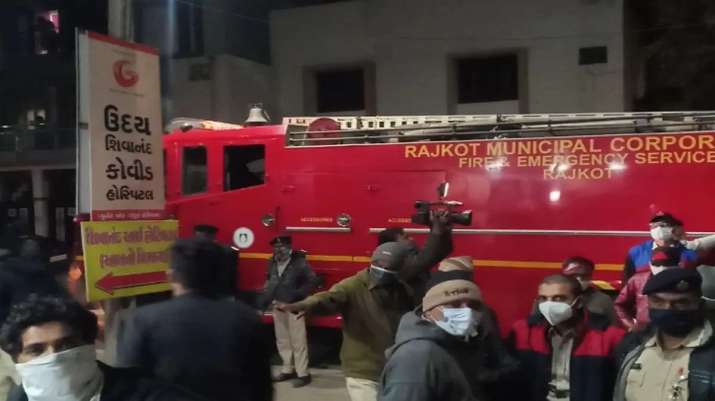 Five coronavirus patients were killed after a fire broke out in the ICU of a designated COVID-19 hospital in Gujarat''s Rajkot of India in the early hours of Friday, a fire brigade official said.

Twenty eight other coronavirus patients undergoing treatment at the hospital were rescued, he said.

The fire broke out around 1 am in the ICU of Uday Shivanand Hospital in Mavdi area, where 33 patients were admitted, seven of them in the ICU, the official said.

"We rushed to the spot and rescued 30 patients after a call informing about the fire was received. Three patients died inside the ICU, while two died shortly thereafter," he said.

The fire was brought under control, he said, adding he cause of the fire has not been ascertained yet.

The rescued patients have been shifted to other COVID-19 hospitals, he added.

In August, eight COVID-19 patients were killed after a fire broke out on the top floor of a four-storey private hospital in Ahmedabad.