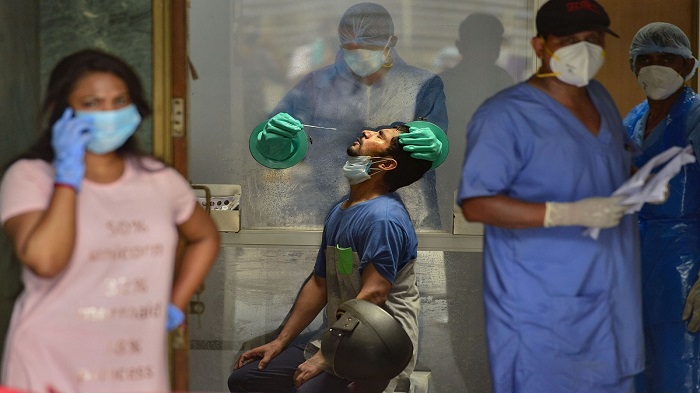 About 61 percent of daily Covid-19 cases are contributed by six states-Kerala, Maharashtra, Delhi, West Bengal, Rajasthan and UP, as the country’s total coronavirus cases rose to 92,22,216 while the death toll shot up to 1,34,699 so far.

“A total of 44,489 new confirmed COVID cases have been registered in the last 24 hours in the country. Of these, 60.72% is contributed by six States- Kerala, Maharashtra, Delhi, West Bengal, Rajasthan and Uttar Pradesh,” an official handout said here today.

The data shows that 60.50% of the 524 case fatalities reported in the past 24 hours are concentrated in six states/UTs- Delhi, Maharashtra, West Bengal, Haryana, Punjab and Uttar Pradesh.

Maharashtra, Delhi, Uttar Pradesh and West Bengal are the common states among the top six states contributing maximum to new cases as well as daily deaths.

Delhi with 99 deaths reported the maximum new fatalities. Maharashtra saw a fatality count of 65 followed by West Bengal with 51 deaths.

Besides, 65% of the active cases are in 8 States/UTs which have contributed to the maximum daily new cases and the daily highest deaths.

The cases per million figures of these 8 States/UTs compared to the national average (6,715) are as follows:

The following shows Case Fatality Rate (CFR) in these 8 States/UT as compared to the national average (1.46%).