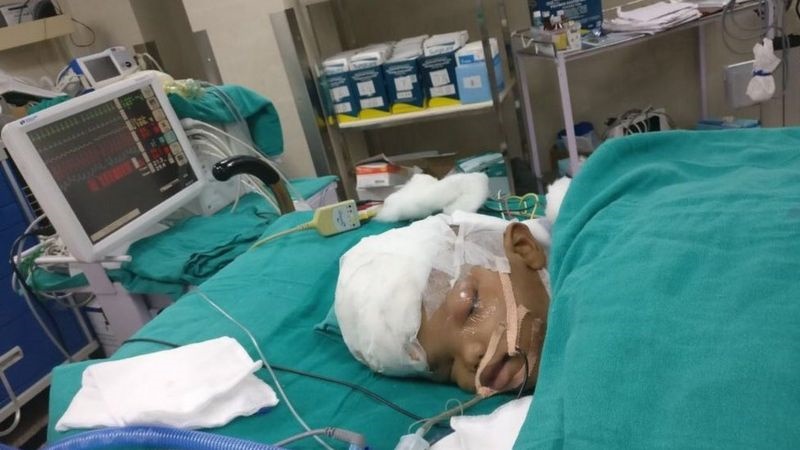 A five-year-old Indian boy, who was separated from his conjoined twin in 2017, has died.

Jaga and Kalia, who were conjoined at the top of their heads, underwent several major surgeries when they were two years old.

They were born with shared blood vessels and brain tissues, an extremely rare condition that occurs once in about three million births.

A team of 30 doctors carried out the surgery to separate them in 2017 - the first of its kind in India - at Delhi's All India Institute of Medical Sciences (Aiims).

The twins, hailing from a village in the eastern state of Orissa (now Odisha), were joined at the head - a condition known as craniopagus.

Last year, they were moved to Srirama Chandra Bhanja Medical College, a government hospital in their home state.

Doctors there told the Hindustan Times newspaper that Kalia had "no issues" until last week, when his condition deteriorated. "Five days ago, his condition suddenly turned critical," Dr Bhubanananda Maharana said, BBC reported.

In 2017, the twins were first operated on in August by a team of specialists - their heads were finally separated in another operation in October.

Doctors said even before the final operation they had defeated the odds - craniopagus occurs in one in three million births and 50% of those affected die within 24 hours.