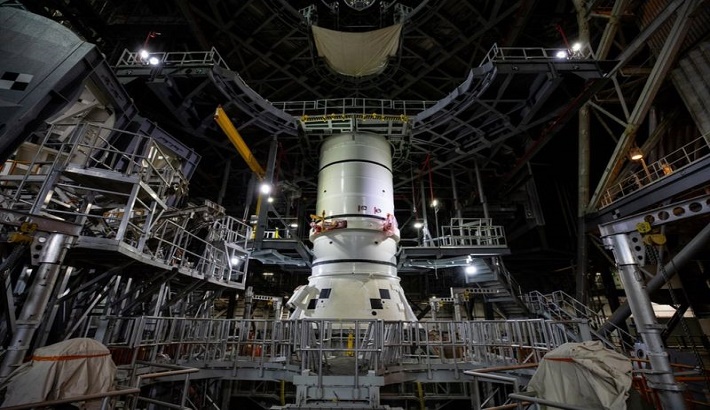 Nasa has started assembling the first Space Launch System (SLS) rocket on a launch platform ahead of its maiden flight next year.

The SLS is the giant rocket that will send US astronauts back to the Moon this decade - with the first crewed landing targeted for 2024.

Engineers in Florida have begun stacking the segments that make up the vehicle's two solid rocket boosters, BBC.

The rocket is scheduled to make its debut in November 2021.

Together, these produce a massive 8.8 million pounds (39.1 Meganewtons) of thrust that can loft astronauts into orbit; the rocket subsequently hurls them towards the Moon.