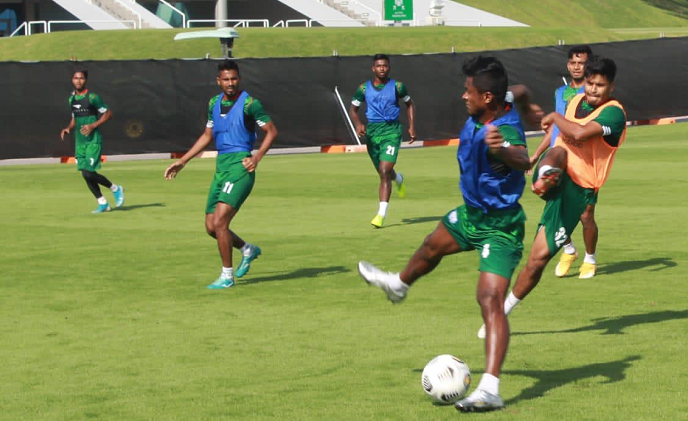 Bangladeshi booters, who are now in Qatar, will play two practice matches against two local teams as a part of their preparation ahead of their one-off lone away match of joint qualifiers round two for FIFA World Cup 2022 and AFC Asian Cup 2023 against hosts. The match is scheduled to be held at Abdullah bin Khalifa Stadium on December 4 at 10:00pm (BST).

Booters will play their second practice match against a second division team named Lusail Sports Club on Saturday at the same venue at the same time.

Bangladesh head coach Jamie Day, who didn’t go with the team after testing positive for COVID-19, told The Daily Sun on Tuesday that they would try to field all players in these practice matches and won’t make many changes in their conventional formation.

“I’m monitoring their daily activities in Qatar. I believe that they have trained well in the last few days so it would be nice to get some game time in the players legs. All players will play in these practice matches. Also, we won't change much to what we normally play,” Jamie, who is now in quarantine in Dhaka, added.

The national team goalkeeping coach Les Cleevely said, “It’s a chance to get some organisation among the team before going into the Qatar game. We are still trying to get full fitness. We still emphasise hard working but also the organisation and structure. I have no expectation about the result, the performance will detect how hard we worked.”

Bangladesh’s key striker Nabib Newaz Ziban, who was ruled out of the squad due to injury, will fly for Qatar to join the rest of the team on Wednesday.  Ahead of boarding the airplan, Ziban said, “I’m feeling good now. Physio Andre (Andre Juan Carle) has been giving me some exercises, Now, I can do those easily, so the coach decided to send me to Qatar.”