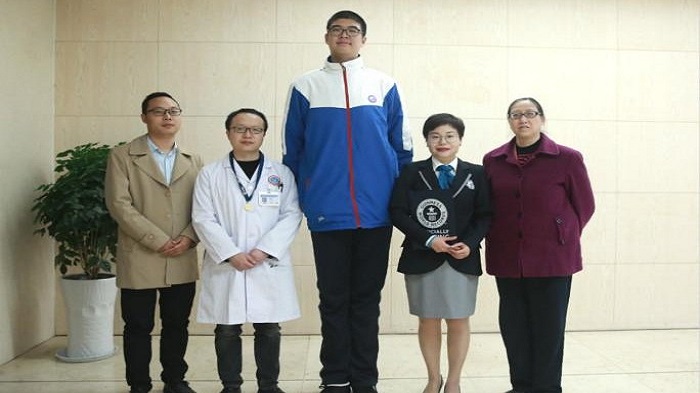 A Chinese boy celebrated his 14th birthday by becoming certified as the world's tallest teenager by Guinness World Records.

Ren Keyu of Leshan, Sichuan Province, was measured at three different times in one day while both standing and lying on the ground in accordance with Guinness requirements, and his official height was recorded as 7 feet, 3.02 inches.

Keyu's family said he was seen by multiple doctors when he was younger and none of them could find anything medically amiss about the boy that would explain his unusual height. Keyu said there is likely a hereditary component, as his mother and grandfather are both over 6 feet tall.

The teenager said his height and weight actually makes sports like basketball dangerously strenuous on his body, but he enjoys reading books and playing games and aspires to a career in e-sports.