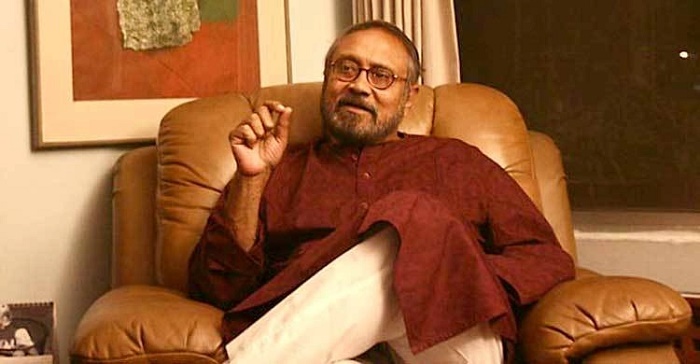 Noted theatre and television actor, director Aly Zaker has been admitted to a hospital in the capital as he fell sick.

The Ekushey Padak winning actor, who has been suffering from cancer for the last four years, was admitted to the Bangladesh Specialised Hospital on Sunday night.

Aly Zaker, the chairman of Asiatic 3sixty, is now undergoing treatment at the Coronary Care Unit (CCU) in the hospital, Iresh Zaker, son of the Zaker, said.

"His physical condition is stable now, and he is not infected with COVID-19. He was taken to the hospital due to prior health complications as he is suffering from cancer, hopefully we will be able to get him back to home pretty soon," Iresh Zaker briefed about his father's health condition.

Aly Zaker has made his own place in all three formats of acting -- stage, small screen and silver screen -- through playing diverse range of roles.

Born on November 6, 1944, in Chattogram, Zaker is a freedom fighter and an artiste of Swadhin Bangla Betar Kendra during the liberation war of 1971.

He received the country’s second highest civilian award Ekushey Padak in 1999. Besides, he bagged Bangladesh Shilpakala Academy Award, Bangabandhu Award, Munier Chowdhury Award, Naren Biswas Award and many other accolades in his life.