Coronavirus: Facebook accused of forcing staff back to offices 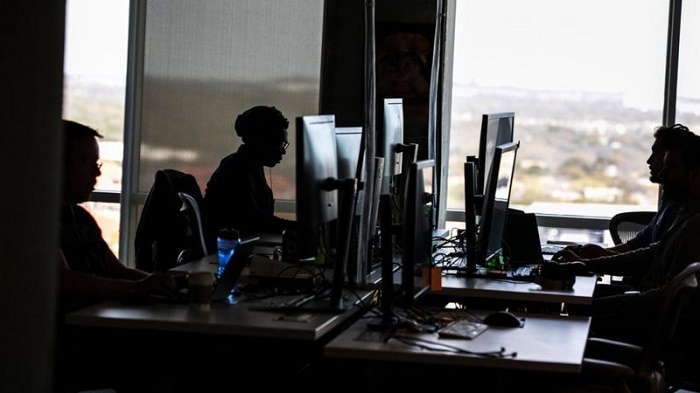 More than 200 Facebook workers from around the world have accused the firm of forcing its content moderators back to the office despite the risks of contracting coronavirus.

The claims came in an open letter that said the firm was "needlessly risking" lives to maintain profits.

They called on Facebook to make changes to allow more remote work and offer other benefits, such as hazard pay.

"While we believe in having an open internal dialogue, these discussions need to be honest," a spokesperson for the company said.

"The majority of these 15,000 global content reviewers have been working from home and will continue to do so for the duration of the pandemic."

In August, Facebook said staff could work from home until the summer of 2021.

But the social media giant relies on thousands of contractors, who officially work for other companies such as Accenture and CPL, to spot materials on the site that violate its policies, such as spam, child abuse and disinformation.

In the open letter, the workers said the call to return to the office had come after Facebook's efforts to rely more on artificial intelligence to spot problematic posts had came up short.

"After months of allowing content moderators to work from home, faced with intense pressure to keep Facebook free of hate and disinformation, you have forced us back to the office," they said.

"Facebook needs us. It is time that you acknowledged this and valued our work. To sacrifice our health and safety for profit is immoral."