What is soft tissue sarcoma and why should you know about it? 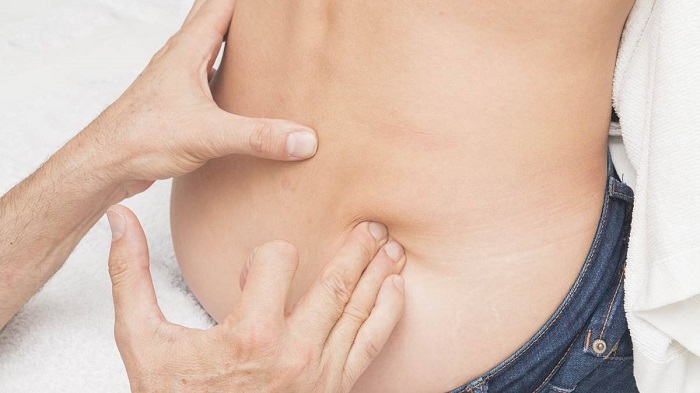 The human body is a complex network of tissues, veins, blood, cells, etc. Doctors advise that one must always try to understand their body as much as possible and stay updated about diseases, illnesses and infections that could be threatening their health. Among them is something called the soft tissue sarcoma which, Dr Rajeev Agarwal, Director of Breast Services, Cancer Institute at Medanta, says is crucial and needs to be understood.

Soft tissue sarcoma is a rare type of cancer which develops in the soft tissues of the body. Soft tissues refer to the muscle, tendons (band of fibrous tissue that connects muscle to bone), fat, lymph, blood vessels and nerves. These tumors can develop anywhere in the body but are mostly found in the arms, legs, chest, abdomen, head and neck. They can be benign (non-cancerous) or malignant (cancerous). The malignant soft tissue tumors are called soft tissue sarcomas. While the disease occurs mostly in adults, it is not uncommon in children, the doctor explains.

While there is no definitive cause of this disease, there are some factors which increase risk:

* Diseases or conditions: People who have a weakened immune system have an increased risk of sarcoma. This includes people with HIV, those born with an immune deficiency, and those taking medications to suppress the immune system following an organ transplant.

* Genetic abnormalities: Several varieties of soft tissue sarcomas run in families. These sarcomas are often associated with other types of tumors, especially those in the gastrointestinal tract and brain. Sarcomas are also more common in people with certain genetic (inherited) syndromes.

* Exposure to chemicals: People who have been exposed to certain cancer-causing agents (carcinogens), particularly vinyl chloride, are at a higher risk.

Warning signs you need to know about

“Soft tissue sarcoma is difficult to detect as the tumors can be mistaken for other types of growth. There are no visible symptoms in the early stages and they may appear only when the tumor starts growing. In most cases, the symptoms include a lump in some part of the body, usually an arm, a leg or the trunk. The lump may or may not be painful. In physically active people, the lump can sometimes be mistaken for a sports-related injury,” cautions Dr Agarwal.

It is difficult to distinguish between a benign soft tissue cancerous cell and soft tissue sarcoma. Post reviewing the symptoms and the lump specifically, a computed tomography (CT) scan or magnetic resonance imaging (MRI) scan is done to get a detailed view of the tumor. This is followed by a biopsy to confirm the diagnosis and determine the type of tumor. If the diagnosis of soft tissue sarcoma is established, the next step is to determine the cancer’s stage, a measure of how much it has spread, he explains.

“The stage of the cancer is determined basis the size, grade and location of the tumor and the extent to which it has spread in the body. Surgery is the most common treatment whereby the entire tumor is removed, along with a good amount of normal tissue surrounding it. This helps ensure all cancer cells are removed and the cancer does not re-occur. Further treatment depends on the type of sarcoma, the tumor’s size, grade, location and stage and the patient’s age and overall health.

“Radiation and chemotherapy also play an important role in the control of sarcomas. Even if the tumor has been completely removed, radiotherapy is often given to prevent recurrence of the disease. Chemotherapy is usually given in high grade tumors, when it has spread beyond the area of origin.”

How to prevent it?

The doctor says that there is no known way to prevent sarcomas. Since HIV infection is a risk factor, people should safeguard themselves against it. “If your profession demands regular exposure to chemical substances that are harmful, it is advisable to use protective equipment to reduce the exposure,” he concludes.