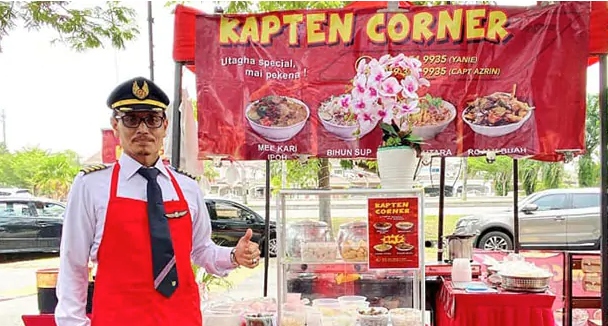 The Coronavirus pandemic has brought the global economy to a standstill. One of the biggest casualties of Covid-19 is the tourism industry, which is suffering major losses due to people staying largely at home.

Airlines too are asking employees such as pilots and cabin crew to be on indefinite leave without pay, or firing them entirely. However, retrenched Malaysian pilot Azrin Mohamad Zawawi took this as an opportunity to start his own food business.

44-year-old Azrin said, "I need some income because I was retrenched by my previous company," said Azrin. Thus, the father of four decided to start a food business, selling Malaysian dishes such as a curry noodle dish made from a family recipe, laksa, and a mixed fruit dish called rojak. His business got a surge of unexpected publicity when a photograph of Azrin wearing his captain's uniform with a red apron taken by his wife and posted on social media went viral.

The uniform acts as a 'crowd-puller' as per his customers, as people are intrigued to see what the outlet is all about. Apart from the unique and interesting business idea, customers claim that the food too is sumptuous at Azrin's stall.

We hope this inspires many other people to make the most of the situation. As Azrin himself puts it, "Embrace the challenge and never give up... It's like flying the aircraft, we always move forward." 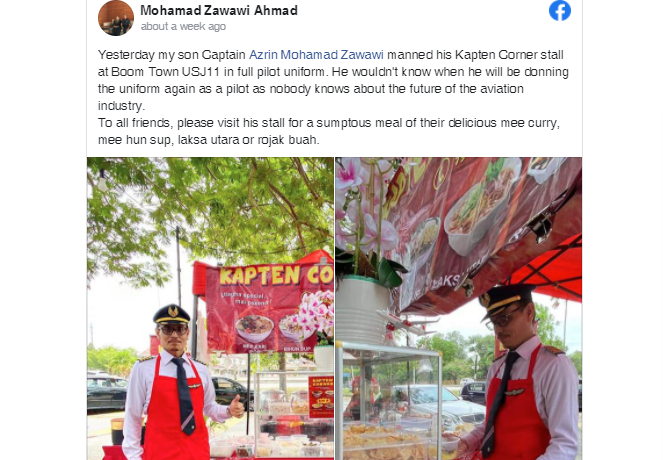