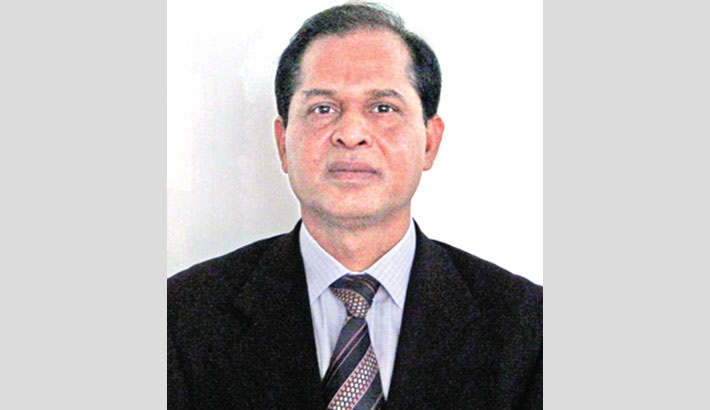 Bangabandhu Sheikh Mujibur Rahman arrived in Kuwait on 10 November 1974 on a four-day state visit. He came to Kuwait from the Egyptian capital Cairo. At the airport, Bangabandhu was given a red-carpet reception. The Crown Prince of Kuwait and Prime Minister Sheikh Jaber Al-Ahmad Al-Sabah received him and they embraced each other. After finishing airport programmes and formalities including a guard of honour by a contingent of Kuwaiti Armed Forces, he was taken, in a motorcade, straight from the airport to the Salam Palace.

That evening, the Prime Minister of Kuwait hosted a dinner in honour of Bangabandhu Sheikh Mujibur Rahman. In his dinner speech, Bangabandhu said that Bangladesh would continue its best efforts to establish world peace. He stressed that Bangladesh would stand by its Arab brothers on the question of a just solution to the Palestinian problem. He also expressed his hope that his visit to Kuwait would bring the two countries and their peoples closer through strengthening and widening further the bilateral relations existing between the two countries.

On 11 November, the Prime Minister of Bangladesh Bangabandhu Sheikh Mujibur Rahman and the Emir of Kuwait Sheikh Sabah Al-Salim Al-Sabah had a tête-à-tête meeting for about an hour before the official talks.

At the official meeting, the two Prime Ministers discussed the issues of bilateral relations and international situation in a very cordial and friendly atmosphere. The two sides noted with satisfaction the steady development of their bilateral relations and asserted their intention to promote and develop ways of cooperation between the two countries in all fields. After extensive discussions between the two sides, the two countries agreed to form a number of joint committees. They identified certain areas in the field of agriculture, industry and flood control for cooperation between the two countries. It had been decided that an economic delegation from Kuwait Fund for Arab Economic Development would visit Bangladesh shortly and hold further discussions.

The discussions devoted on particular attention to the issues created by current developments in the Middle East situation, as a result of persistent Israeli aggression against the Palestinian people and the continued Israeli occupation by force of Arab territories. The two sides reiterated their conviction that the liberation of all occupied Arab territories and the restoration of the legitimate national rights of the Arab peoples of Palestine constitute the indispensible prerequisite for the realisation of a just and lasting peace in the Middle East. They expressed their full support for the just struggle of the people of Palestine to regain their inalienable rights and reaffirmed their recognition of the Palestine Liberation Organisation as the sole legitimate representative of the Palestinian people. Kuwait appreciated the stand taken by Bangladesh towards the Arab cause and praised the positive and constructive role played by Bangladesh in the international sphere, particularly within the Islamic Conference Organisation and the non-aligned countries.

The two sides expressed their adherence to the principles and policy of non-alignment as a strong and important factor in preserving and consolidating peace, security and development in the world. Expressing their support for establishment of the Indian Ocean as a zone of peace, the two countries agreed to concert their efforts in various international organisations for the achievement of their common objectives.

Bangabandhu expressed his deep sense of appreciation for the keen interest taken by the Emir and the Prime Minister of Kuwait in normalisation of relations in the sub-continent. In this respect, Bangabandhu described the various steps taken by his Government to bring about normalisation of relations and achievement of peace. Both sides expressed the hope for an early and satisfactory resolution of all remaining issues through negotiation for the benefit of the people in the sub-continent.

While reviewing the current international issues, the two sides affirmed their conviction that relations among nations should be based on mutual respect and cooperation with a view to safeguarding and consolidating world peace and security. They reiterated their determination to support causes of freedom, independence and equality of all peoples and to back people’s and countries’ struggle against colonisation and foreign domination.

The two sides expressed their full support for the people of Africa and other regions of the world which were waging a just struggle against colonialism, racial discrimination and apartheid. They expressed their pleasure at the success of the African peoples’ struggle against colonialism and the measures taken by the Portuguese government towards ending Portuguese colonisation of African territories and called upon Portugal to hasten the granting of independence to all territories under its occupation.

Upon reviewing the international economic situation, the two leaders stressed the identity of the views concerning the necessity of devoting a particular attention to the formulation of objective solutions for the difficulties experienced by the developing countries, which were more affected by the current world economic situation. Both sides affirmed their belief in the legitimacy of the aspirations of the peoples of those countries to full political and economic independence and to exercise their rights to sovereignty, including national sovereignty over their natural resources. In this respect, Bangladesh appreciated the leaders of Kuwait for their constructive role in extending support to the developing countries in the form of bilateral assistance as well as through various international organisations.

Bangabandhu said that he was deeply impressed by the progress and development achieved in Kuwait under the dynamic leadership of the Emir and the Prime Minister (Crown Prince) of Kuwait. The two sides expressed their satisfaction at the positive results of the visit and stressed the necessity of continuing consultations and meetings between the two countries at all levels.

Talking to the newsmen after the meeting, the Foreign Minister of Bangladesh Dr. Kamal Hossain said that everything went off excellently and in a very cordial, intimate and brotherly atmosphere. They exchanged views on international issues, situation in the Middle East and positive steps and contribution of Bangladesh for promotion of peace and normalisation of relations in the sub-continent.

Dr. Kamal said that Bangabandhu reaffirmed his total support to Arab cause and legitimate struggle of the Arab people of Palestine. Bilateral relations and long-term economic collaboration between the two countries were reviewed and both leaders emphasised the need for further strengthening the relations and bonds of cooperation in the economic field.

He also informed that the discussions were marked by a very high degree of understanding and reflected a very close friendly and brotherly feelings existing between the two countries.

On 11 November evening, Bangabandhu attended a reception organised in his honour by the expatriate Bangladesh nationals at Hilton Hotel. In his address, Bangabandhu said, “I am proud of you because you are working here diligently and with self-respect. The people of Kuwait have great appreciation for you as honest and dedicated persons.” He said that a nation which had earned freedom at the cost of sacrifices of millions of martyrs would never perish. He said that though the nation was passing through a critical phase, he was confident that bright days were ahead. What was needed, he said, was hard work and consistent efforts by everybody to build up the country.

Bangabandhu said that Bangladesh was first ravaged by destructions during war of liberation and then confronted with natural calamities like floods. He also stated his Government’s total mobilisation for reconstruction of the war-ravaged country. He said that his Government was trying hard to tackle the situation with courage and determination. He urged the expatriate Bangalees to extend their cooperation in building their country.

During the visit, the Prime Minister of Bangladesh Bangabandhu Sheikh Mujibur Rahman visited a number of educational institutions and industries in Kuwait on 12 November. In the morning, Bangabandhu visited the Ahmedi Oil installation and Schuibe Industrial area. He enquired about the industrial programmes of the Kuwaiti Government in order to identify the possible areas of cooperation between the two countries. It is to be noted that Bangladesh was negotiating, at that time, with Kuwait, on a long-term arrangement for regulated supply of crude oil. There, Bangabandhu also attended a luncheon given by the Governor of Ahmedi in his honour and returned to Kuwait City in the afternoon.

Bangabandhu addressed a news conference on 14 November prior to his departure for Dhaka at the end of his visit to Kuwait. Responding to a question, Bangabandhu stated that Bangladesh was on most cordial terms with India and its other neighbours. Bangladesh sought friendship with Pakistan too.

Referring to the circumstances under which Bangladesh had come into being, Bangabandhu said that the people of Bangladesh were subjected to worst form of massacre and genocide. He said that most heinous crime against humanity was committed on the soil of Bangladesh. Despite all those atrocities, Bangladesh was prepared to bury the past in a spirit of forgive and forget and start a new chapter of friendship and amity with Pakistan.

Bangabandhu stated that Bangladesh’s desire to develop cordial relations with Pakistan was consisted with its avowed policy of friendship with all and malice towards none. He said that Bangladesh wanted peace in the sub-continent; that was why he had granted clemency to 195 POWs indicated for crimes trial. He said that Bangladesh did that only to help create condition conducive to peace and normalisation of relations in the sub-continent. Bangabandhu said that Pakistan unfortunately refused to respond to the generosity shown by Bangladesh. In this context, he made a positive reference to the Kuwaiti Foreign Minister’s contribution to the efforts to bring Bangladesh and Pakistan closer during the Islamic Conference held in Lahore in February that year.

It was expected that the visit of Bangabandhu would open new avenues of cooperation between Bangladesh and Kuwait.

On 14 November, Bangabandhu Sheikh Mujibur Rahman left Kuwait for Bangladesh and was seen off at the airport by the Crown Prince and Prime Minister of Kuwait Sheikh Jaber Al-Ahmad Al-Sabah. They embraced each other just before Bangabandhu was going for boarding. He was also given a guard of honour at the airport by a contingent of Kuwaiti Armed Forces.