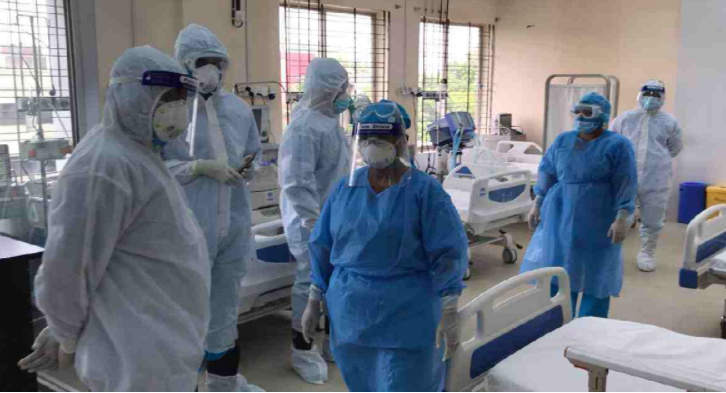 The government will begin inspection of all private hospitals and diagnostic centres across the country this month after collecting their lists from divisional directors.

The list of all private hospitals and diagnostic centres will be collected from divisional directors by Thursday, he told reporters after a meeting with Health Minister Zahid Malik.

Mentioning the death of ASP Anisul Karim Shipon, the DG said, “It’s a matter of sorrow and shame…the death of a police officer in such a way is unacceptable. That hospital didn’t have any approval.

The authorities of Mind Aid Hospital claimed that they had a license from the Narcotics Control Directorate but rehabilitation of drug addicts and psychiatric treatment are two different things but interlinked in some cases, he added.

But a hospital must take approval from the DGHS for delivering psychiatric treatment, Alam said.

“We had an emergency meeting and formed a committee. Civil surgeons and local administrations have been directed to take measures. We alone can’t complete this job; we need help from the administration and law enforcers,” the DG said.

Replying to a question from a journalist that the deceased ASP had failed to avail of proper treatment in a government hospital, Alam said, “I don’t have any information about it. If anything like this happened, legal action will surely be taken.”

On Monday, senior ASP Anisul was taken to Mind Aid Hospital for treatment. After admission, the hospital staff informed his relatives that Anisul had fainted.

Later, Anisul’s relatives took him to the National Institute of Cardiovascular Diseases where doctors declared him dead.

A CCTV footage of the hospital room showed that its staff physically assaulted Anisul.

Police arrested 10 people, including the manager of the hospital, on Tuesday and they were put on a seven-day remand.