China's remote glaciers are melting at a shocking pace 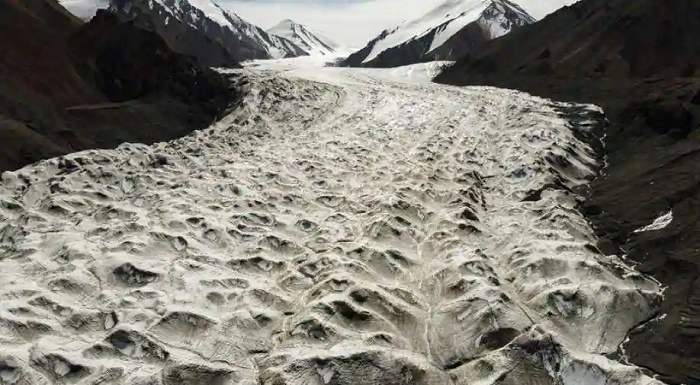 Remotely located glaciers in China's bleak Qilian mountains are disappearing at a shocking rate -- blame it on the global warming that's bringing unpredictable change and raising the prospect of crippling, long-term water shortages.

The largest glacier in the 800-km (500-mile) mountain chain on the arid northeastern edge of the Tibetan plateau has retreated about 450 metres since the 1950s. The 20-square kilometre glacier, known as Laohugou No. 12, has shrunk by about 7% since measurements began.

The melting has only accelerated in recent years.

Equally alarming is the loss of thickness, with about 13 metres (42 feet) of ice disappearing as temperatures have risen, said Qin Xiang, the director at the monitoring station.

The Tibetan plateau is known as the world's Third Pole for the amount of ice long locked in the high-altitude wilderness.

But since the 1950s, average temperatures in the area have risen about 1.5 Celsius, Qin said, and with no sign of an end to warming, the outlook is grim for the 2,684 glaciers in the Qilian range.

Global warming is also blamed for changes in the weather that have brought other unpredictable conditions.

Large sections of the Shule river, on the outskirts of Dunhuang, were either dry or reduced to murky patches of pool, isolated in desert scrub when Reuters visited in September.