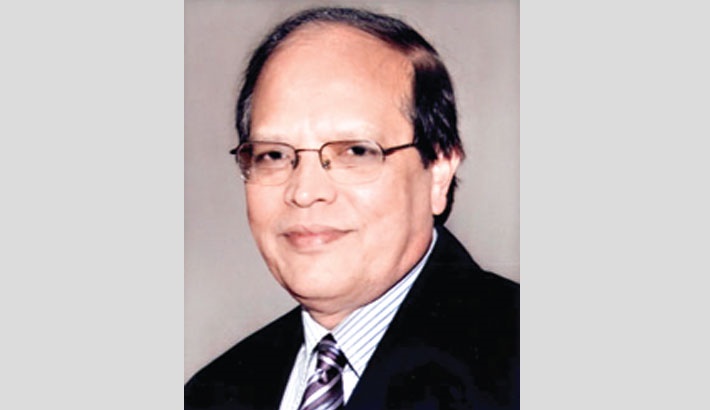 The 1965 war between India and Pakistan left East Pakistan’s external security wide open. The central defence system had no mobilisation, and thanks to the non-engagement attitude of the Indian leadership East Pakistan’s borders remained unaffected. This must have probed the most influential politician from the eastern wing of Pakistan, Sheikh Mujib, to ask for the development of East Pakistan’s own para-military forces to enhance the security perception of the people in addition to other concerns of economic disparities. The Indo-Pak war in 1965 was resolved by signing the Tashkent Peace Agreement on 10th January 1966. The West Pakistanis too were displeased with Ayub for signing the treaty which was construed as a defeat to India. An all-Pakistan National Conference was called in Lahore to address this matter on February 5, 1966. Sheikh Mujib was advised by Manik Mian to attend the conference as it would give him the stage to convey his demand for addressing economic disparities in addition to the security concern which was haunting the people of East Pakistan. As indicated in my last column Sheikh Mujib was critical about the growing disparities right from day one of his political journey. He was articulating the need to address the core issues of economic disparities between the two wings of Pakistan by providing more resources to the deprived province. With help from his co-leaders including Tajuddin Ahmed, as well as government officials and intelligentsia from East Pakistan, he prepared the Six-Point Programme which he first presented in the All-Party National Conference at Lahore in early February1966. (Karim, SA, “Sheikh Mujib: Triumph and Tragedy’’, UPL, 2009, revised edition, p.134-135). As expected, the West Pakistani politicians as well as some from the eastern wing were not moved by his passionate call for removing disparities from the disadvantaged federating units of the country. So he immediately left the conference and presented the main points in Dhaka airport. These points were later formally passed in the working committee meeting of Awami League. The six-point demands that also constituted a blueprint for the future constitution of Bangladesh were as follows:

1. The country will become Federation of Pakistan as per Lahore Resolution and will have a parliamentary form of government which will be based on adult franchise.

2. The federal government will deal with Defence and Foreign affairs and other affairs will be dealt by the federating units or states.

3. The two parts will have separate but freely convertible currencies. However, if this is not feasible, barriers must be placed in order to prevent capital flight from one to the other.

4. The federating units will have the power of taxation and collection of revenues and the centre will have no say and will only receive a share for its expenditure.

5. The two regions will have separate accounts for foreign exchange earnings. The requirements of the federal government will be met by equal or agreed upon contribution from both wings.

6. Defence will be self-sufficient i.e. East Pakistan will have its own militia or paramilitary force.

Legendary economist Nurul Islam, a major contributor to the campaign for two economies who participated in various committees as a member to address the issues related to economic disparities, wrote about the Six Points Program: “It was a clear and consolidated statement of the various strands or elements of proposals or ideas advanced by East for the past nineteen years so that both regions might live in peace and strive for prosperity.” (Islam, Nurul, ‘Making of a Nation Bangladesh: An Economist’s Tale’, UPL, 2003, p.84). In his latest book, ‘Bangabandhu Sheikh Mujibur Rahman- Kache theke Dekha’(Prothama Prokashon, 2020,p.18) also indicated that Bangabandhu himself drafted the main framework of the Six Points that were polished later by his co-leader and government officials. Similarly, Sirajul Islam Chowdhury compared Sheikh Mujib’s Lahore visit to Sher-e-Bangla A.K. Fazlul Huq’s and wrote that Sheikh Mujib’s proposal brought him great risk but also made him immensely popular among Bengalis, just how Sher-e-Bangla had become popular among Muslims (Sirajul Islam Chowdhury, ‘Dui Bangalir Lahore Jatra, Jagriti Prokashoni, 2014, p.12). The declaration of the Six Points was, indeed, the first step towards independence. It was certainly ‘the harbinger of the emergence of Bangladesh’ According to Dr. MB Nasir (see Nasir, MB, ‘Politics in Bangladesh: A Study of Awami League- 1949-58’, New Delhi, Northern Book Centre 1990, Page-257).

After the agenda of ‘Six Points’ was discussed thoroughly and passed at the Council Session of Awami League during March 18-19, 1966, this became the official document of the party. During this session Sheikh Mujib was elected as the President of Awami League and Tajuddin became the General Secretary (Karim, SA, “Sheikh Mujib: Triumph and Tragedy’’, UPL, 2009, revised edition, p.136-137). Indeed, Mujib risked a lot but his plan to declare these demands for autonomy was well thought out, as we see this resonated with all the aspirations of the Bengalis at that time.

With the declaration of the Six Points, Sheikh Mujib had undoubtedly made an enemy out of the government and was labelled as a ‘separationist’. As the barometer of public support for his campaign of autonomy kept on rising following the declaration of the Six Points he was arrested again and again in various districts. Mujib would be arrested in one district for speaking in public meetings and then would be released on bail. As soon as he was released, he would attend another public meeting elsewhere and get arrested again. And thus repeated the process again and again (Anisuzzaman, Itihasher Potobhumikay Bangabandhu in Mrittonjoyee Mujib, Bangabandhu Parishad, 1995, p.11-12). On 8thMay 1966, Sheikh Mujib was arrested and detained at Dhaka Central Jail for a long period of time. His well-written book ‘Prison Diaries’ (Bangla Academy, 2018) depicts his ordeal as a solitary prisoner on charges of sedition.  During this time, he was totally disconnected from any news of the outside. He got his release in 1969 following an unprecedented people’s upsurge which also led to the collapse of the autocratic Ayub regime.

Professor Nurul Islam wrote about this movement leading to his release. According to him, “by that time many in East had concluded that the traditional way of dealing with, or negotiations on, East-West relations had come to a dead end. A vigorous mass movement provided the only ray of hope. Sheikh Mujib had emerged as the only political leader who could organize and lead such a movement in the country at that stage. He had the best credentials to galvanize the masses in support of a movement for achieving the aspirations of East.” (Islam, Nurul, ‘Making of a Nation Bangladesh: An Economist’s Tale’, UPL, 2003, p.86). He accepted the offer of national election by the military government of General Yahya Khan following the end of Ayub regime. And, not surprisingly, the ‘Six-Points’ programme became the poster child of his election campaign which his party owned decisively.

In his TV and Radio speech in 1970 Mujib listed three reasons that the country was in crises. These reasons were that the people do not have their political rights, people are victims of discrimination and the economic disparity among East and West. In his speech he addresses these problems in detail and then proceeds to say:

“The Six-Point program of the Awami League which is included in the 11-point program, points to the path for overcoming the regional disparities. It presents a rational solution to this problem of regional injustice. With a central bureaucracy in which Bengalis account for just 15 per cent, and with the nature of the power structure being what it is, to expect justice from a centralized system of economic management would be to expect the impossible. If Bangladesh and other victimized regions attempt to secure larger allocations such efforts would only aggravate regional tensions and threaten the viability of the federal government. The only feasible solution is the re-ordering of the constitutional structure by giving full regional autonomy to the federating units on the basis of our six-point formula.” (Translated from Bengali text).

And that constitutional restructuring never received a chance, as an unethical genocide was imposed on the people of East Pakistan who then opted for the legitimate of war of liberation under the inspiring leadership of Bangabandhu in 1971.