Covid: Are we heading back into a full lockdown in UK? 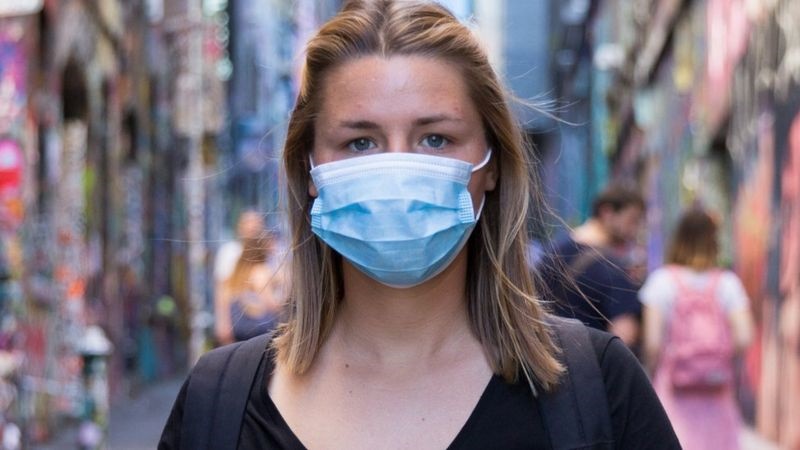 There's no stopping the second wave of coronavirus, it seems, despite a bundle of new rules designed to do just that.

Infection rates are rising rapidly, with estimates suggesting up to 100,000 people a day may be catching the virus. Across the Channel, France has admitted its regional approach is not working, by announcing a new national lockdown. Germany, to a lesser extent, is also planning one.

Wales is in the middle of a short "fire-breaker" lockdown, in which bars, restaurants, churches and most shops have shut for a fortnight.

So is a full-on UK-wide lockdown only a matter of time?

The scientists certainly think so

Many of those advising government have given it their backing.

Sir Jeremy Farrar, a member of the Scientific Advisory Group for Emergencies (Sage), which advises ministers, says it should have happened already - and definitely needs to now. Any delay, he said, will be costly and will mean later restrictions will be "harder and longer".

The tools we have at our disposal are not proving effective, said Dr Duncan Robertson, a disease modeller at Loughborough University.

The test-and trace-system, designed to nip outbreaks in the bud, can't cope, he said. The service has consistently failed to reach enough close contacts of people who test positive. It's just a "matter of time" before a lockdown is introduced, he believes.

The government, though, seems determined to hold out - with ministers in England saying publicly they want to stick to their regional approach which has seen areas placed into one of three tiers each with different level of restrictions.

There is not much in the data to suggest it might be effective yet - although one glimmer of hope could be in the slowing of hospital admissions in the North West.

In Scotland the targeting of its central belt also appears to be having an impact.

If the virus continues to spread, deaths will rise too, Dr Robertson said.

"How many deaths would the pubic accept? I think they would soon become too large to bear."

Robert West, a professor in health psychology, and a government adviser, agrees. He said the rising numbers will have a huge "emotional impact", forcing a full lockdown. He dismissed the idea put forward by some that the public have become "desensitised" to the situation.

So just how bad could deaths get? This week has seen reported deaths top 300 a day twice with the weekly average standing at 230. That compares with a peak of more than 1,000 in April.

One scenario produced for the government over the summer - a "reasonable worst case" - suggested total deaths could reach 120,000 from September to the end of March, with cases peaking in January before the virus burns out.

That would be treble what was seen during the spring peak.

But it is only a scenario, based on the worst assumptions and without taking into account people changing their behaviour, extra restrictions or improved treatments having an effect.

Prof Carl Heneghan, director of the Centre for Evidence Based Medicine at Oxford University, says such projections should be treated with extreme caution. He believes the focus on the daily reported Covid death figures, which just count the people who have died with 28 days of a positive test, is "distorting" the debate.

There needs to be more focus on different measures of mortality, he says, such as how many extra people are dying.

One way of doing that is to look at the death rate adjusted for age and size of the population. If you do that for the first wave - the year to the end of August - the death rate in 2020 is worse than in previous years.

But go back just over a decade and you will find a comparably deadly year, as this graph shows.

"I could accept the idea of another lockdown if a vaccine was just around the corner," said Prof Heneghan, "but all we are doing is kicking the can down the road".

Could the NHS buckle, and force a lockdown that way?

NHS bosses in Leeds, Liverpool, Nottingham and Bradford have started cancelling some routine treatments. One of the key problems is the NHS has little flexibility, with fewer beds per person than other European countries.

"It's fine in peace-time because it means we are really efficient," said one hospital boss. "But it's a real problem when we are trying to fight a virus like this."

Hospital leaders estimate the need for social distancing, segregation of Covid and non-Covid wards and the time needed for infection control means capacity is cut by 10-30%.

The government points to the fact there are the network Nightingale field hospitals to call on, but doubts remain how they can be staffed.

That's not to say the health service cannot cope. There have been suggestions Covid patient numbers in hospital could hit 25,000 during the winter - there are currently 10,000.

If these were reasonably evenly distributed across the country, one senior intensive care specialist said it would be "really difficult, but "not impossible" for the NHS, although it would mean cutting back on some other care.

After all, in the middle of winter the NHS can get as many as 30,000 emergency admissions a month for respiratory illnesses. To what extent these would happen on top of the Covid admissions remains to be seen - and will obviously be crucial.

Could the regional approach actually work?

The regional tier approach in England got off to a rocky start. Much, for example, was made of chief medical adviser Prof Chris Whitty saying the toughest measures would not be enough on their own. It was widely interpreted as a rebuke of the plan, but those close to him say it was actually aimed as much at local leaders as it was ministers.

At the time, the government was at the beginning of a stand-off with Greater Manchester. Since then and with clear evidence of rising rates of infection, government officials have found discussions with local leaders easier. In the case, of Nottinghamshire tougher measures, including a 21:00 rather than 22:00 curfew, were introduced.

It suggests the regional approach would be able to respond more quickly to rising rates than it perhaps has to date.

In the coming weeks expect more of these sorts of tougher measures. It is not inconceivable that a new tier will emerge - much as Scotland has proposed - which is effectively a regional lockdown.

"We want to try everything before we think about a national lockdown," one government source said.

The problem the government and its advisers face is its only autumn and we are at such a critical stage already. The end of winter is a long way away.