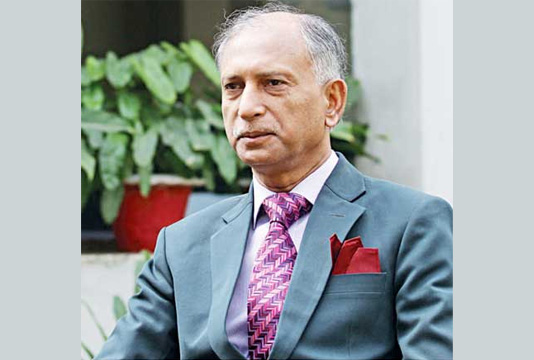 Bangladesh Sangbad Sangstha (BSS) chairman Prof Dr AAMS Arefin Siddique, also former Vice-Chancellor of Dhaka University, has said the existing tobacco control law of the country should be amended in a bid to save public life from harmful effect of the tobacco products.

“I believe that the current tobacco control law needs some amendments in a bid to save the country’s people from taking the toxic products, and to achieve SDG (Sustainable Development Goal),” he said.

Arefin Siddique came up with the statement while a team of PROGGA, an anti tobacco research and advocacy organisation, had a discussion with him on the necessity of amending tobacco control law and its way forward, on Wednesday.

“During this worst time of COVID-19 pandemic, I admit that it is high time to quickly take into consideration the proposals of amendment of tobacco control laws raised by different anti-tobacco campaigning organisations and experts, including PROGGA to save public life,” he added.

At the discussion, PROGGA underscored the need for some proposals of amendment to tobacco control law which included removal of the exemptions in the smoking ban for restaurants and public transport, banning the display of tobacco products at points of sale, banning tobacco company ‘corporate social responsibility’ activities.

They also proposed for banning the sale of single sticks and unpackaged smokeless tobacco, banning the sale and import of e-cigarettes and heated tobacco products and to allow for stricter rules on packaging including increases to the size of health warnings.

The anti-tobacco campaigners and experts said strong measures need to be taken immediately for reducing tobacco use in order to achieve the Sustainable Development Goals (SDGs) as well as a tobacco free Bangladesh by 2040, as declared by the Prime Minister Sheikh Hasina.