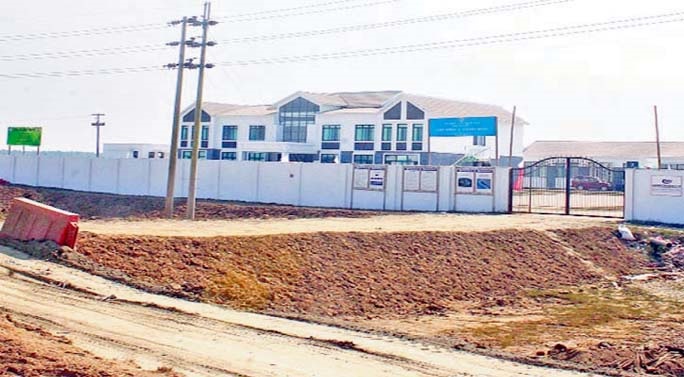 Investors fall into frustration and insecurity about their investment in the economic zones of the country as the government has imposed additional taxes and duties on investment.

Many investors said the authorities concerned are throwing them into hardship by imposing new charges that were not communicated at the time of investment at the initial stage.

They also said they will be discouraged from investing in the economic zones if additional charges are taken from them repeatedly.

Bangladesh Economic Zones Authority (BEZA) has imposed 5 percent service charge on each of utility services, including water, electricity and gas, alongside effluent treatment and waste recycling, a circular said recently.

It said that $0.05 has to be paid for per square metre of land or infrastructure leased at any economic zone as a conservancy charge.

The BEZA has sought cooperation from EZ investors in the payment of 5 percent service charge, it added.

Stating that the decision was taken way back on January 5, 2017, it asked investors to pay 15 percent Value Added Tax (VAT) on the service charges in a separate chalan as per the VAT and Supplementary Duty Act 2012.

A copy of the chalan has to be submitted to the BEZA office, the circular mentioned.

Earlier, the BEZA also imposed 15 percent VAT on land lease which was not mentioned in the initial agreement.

As investors are going through a financial hardship due to the economic fallout caused by the corona pandemic, new taxes and duties are deeply discouraging them from making further investment in the economic zones.

Voicing concern over the new burden, investors said the government should not include additional VAT and taxes on EZ investors.

Several EZ investors said that the BEZA imposed new additional charges which were not mentioned in the original contracts.

Another EZ investor, preferring anonymity, has opined that additional charges will compel them to rethink their investment in the economic zones.

“We were encouraged to invest in the economic zones following the lucrative incentive packages by the facilitating agency BEZA. But, they are now imposing new charges which is a policy deviation,” he said.

However, BEZA Executive Chairman Paban Chowdhury said the new charges are very nominal as they are providing every facility for the investors at a cheap rate.

The BEZA is providing all kinds of facilities for the investors who should pay minimum for the proper maintenance of the utility services, he said.

The chairman also said that decision of charging 5 percent duty on utility services in not new while it was decided in 2017.

Recently, a group of EZ investors have written to Prime Minister Sheikh Hasina to withdraw the imposed VAT on the lease of EZ land.

In the letter, investors mentioned that at the time of investment in the lease rental, no such VAT amount was communicated by the BEZA.

“The EZ investors, being VAT-registered manufacturing entities, will solely use the leasehold properties for setting up factories.”

Therefore, the lease rental payment will not attract VAT within the purview of the exemption as provided under the above mentioned circulars. “We, therefore, request the immediate withdrawal of investors’ demand,” the investors added.

They also expressed frustration over the complexities limiting access to bank loans and uncertainty over the continuation of privileges offered to the investors at the time of investment.