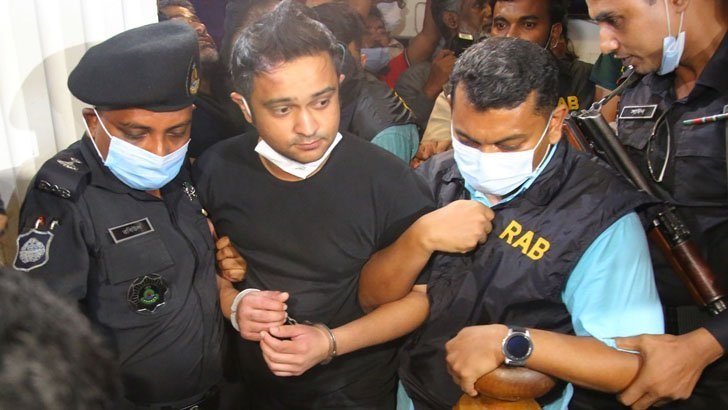 Local Government and Rural Development (LGRD) Ministry has finally suspended Erfan Salim, son of MP Haji Salim, from the post of councillor as he was awarded one year jail by a mobile court on Monday.

A gazette notification was issued in this regard on Tuesday afternoon.

Meanwhile, a case was filed with Chawkbazar Police Station in the capital today against Erfan Salim for possessing arm and narcotics.

Earlier, Helaluddin Ahmed, senior secretary to the local government department of the LGED Ministry, said, "We will take action against councillor Erfan Salim when we will receive a report from the Dhaka South City Corporation (DSCC) about his conviction."

The secretary added that the Local Government City Corporation Act states that if a person is convicted by any court, he will be dismissed from his post.

Erfan Salim is the No. 30 ward councillor of Dhaka South City Corporation.

A mobile court of Rapid Action Battalion (Rab) on Monday sentenced Erfan Salim and his bodyguard Zahid to one year in jail for possessing illegal walkie-talkies and drinking liquor.