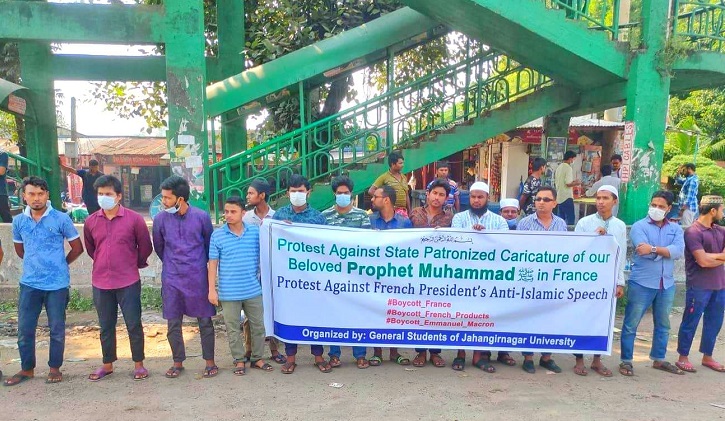 Students at the human chain also protested against French President Emmanuel Macron, who criticised Islamists and vowed not to "give up cartoons" depicting the Prophet Mohammed.