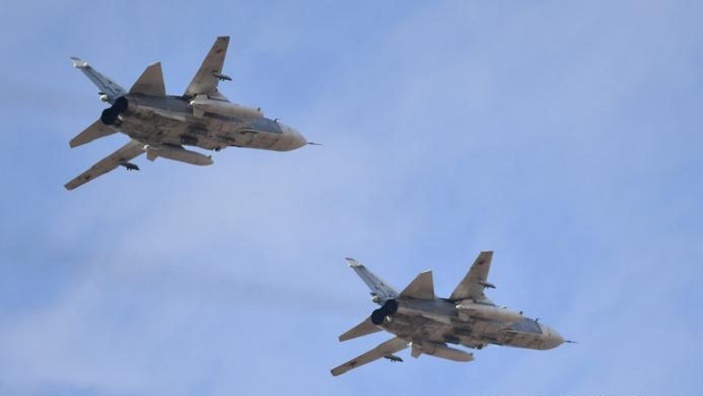 Many others were wounded in the attack, which marks an escalation of violence in the region.

A training base for an Islamist group called Faylaq al-Sham was hit.

The assault puts at risk a ceasefire in Idlib, brokered and monitored by Russia and Turkey, which back opposite sides in the war.

UK-based monitoring group the Syrian Observatory for Human Rights put the number of dead at 78.

Some of the wounded were in a serious condition, and the death toll was likely to rise, the Observatory added.

It described the attack - in the Harem region north-west of Idlib city - as the deadliest since the ceasefire came into force in March.

Idlib is the last province held by rebels and jihadists, who have been beaten back in a nine-year-long civil war.