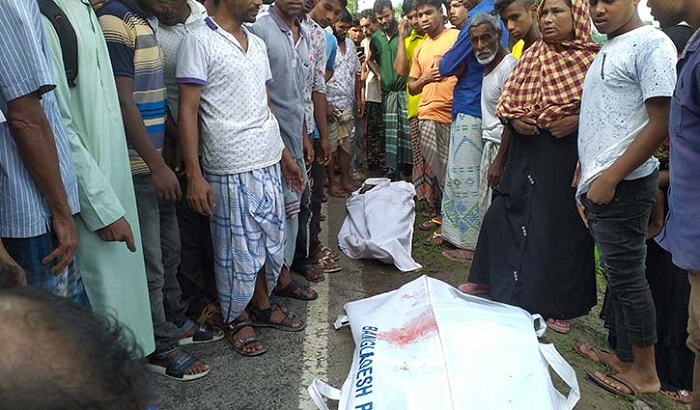 Two people, including a driver, were killed and 3 others injured after a truck rammed an auto-rickshaw in Bangla-Nayapara area under Sadar upazila of Netrokona on Tuesday morning.

The deceased were identified as auto-rickshaw driver Kamal Mia, 35, hailing from the area and Jasim Mia, was a teacher of Satrashree Sadia Mahila Madrasa, from Nowa Nagar village of the Sadar upazila.

The auto-rickshaw carrying the victims heading towards Netrokona from Sadar upazila collided with the speedy cement-laden truck coming from opposite direction on Netrokona-Mohanganj road at 8:30 am, leaving the rickshaw driver and a passenger dead on the spot and its three passengers injured, police sources said.