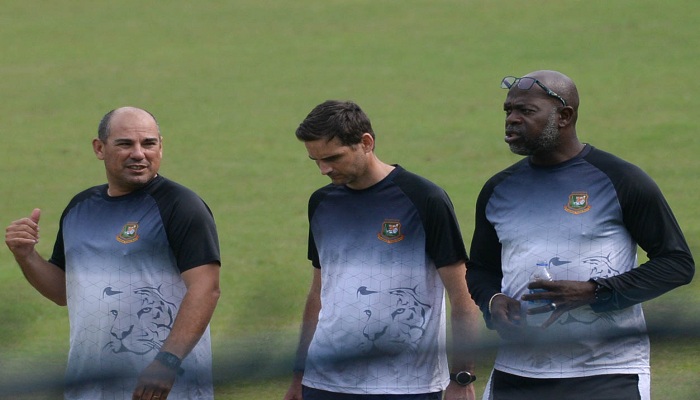 The trio is expected to depart through an Emirates flight for their respective destination after completing a long stint with Tigers under bio-bubble environment.

‘’They are expected to arrive before the domestic T20 tournament,’’ said a BCB official on Sunday.  It means Mahmudullah XI will not have Ottis Gibson as head coach in the BCB President Cup final when they take on Nazmul XI on October 25, subject to weather.

Meanwhile, BCB decided to give two weeks break to cricketers after the ongoing BCB President’s Cup so that cricketers and get some much needed break to fill up their tank considering they are in the bio bubble for quite a long period of time.

Bangladesh head coach Russell Domingo recently said that they have to get some breathing space considering they are staying at the bio bubble for quite some time.

“I have been in the bio-bubble for 49 days till today. I haven’t been able to leave the hotel to anywhere but practice and back to the hotel. It is not that easy. The players have been in the bio-bubble for three weeks, and one or two have told me that it is tough. Those are challenges that we do face. We need to find ways of making sure that the players are comfortable about how they are feeling. If there’s support we need to give players, in terms of allowing some guys maybe some time away, we have to be able to do that. It is not that easy,’’ said Domingo.