Are We Entering an Age of Pandemics? 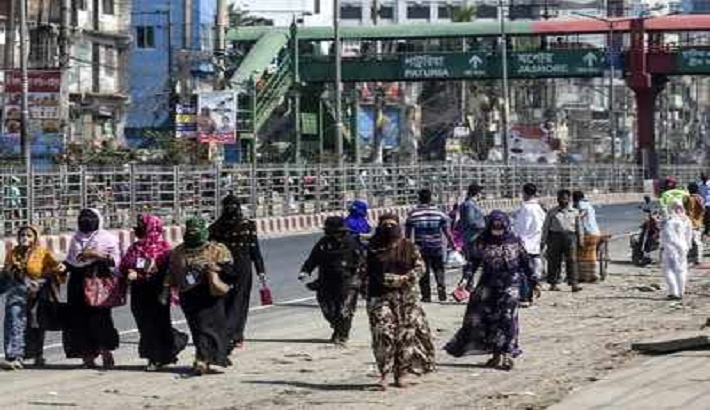 Of late, a scholarly article, written by medical historian Dr. David Morens and American top physician and immunologist Dr. Anthony Fauci, in the journal ‘Cell’, indicated “a deadly barrage” of pandemics is coming. Other studies, presenting the cases of severe acute respiratory syndrome coronavirus (SARS-CoV) and Middle East respiratory syndrome coronavirus (MERS-CoV), conclude that “we have entered a pandemic era,” mentioning underlying causes of this frightening situation are multifaceted, complex, and deserving of serious examination.

The public health experts have cautioned that the Covid-19 is the latest manifestation of global pandemics – “a future scenario in which climate change may play a key role.” Other scientists are insinuating that “acceleration of pandemics” will happen due to unprecedented biodiversity loss, massive deforestation, and rapid urbanisation. These daunting challenges boil down to one thing – climate change.

These dismal pictures are painted recently. However, in recent years, scientists have been warning about the “Earth's Mass Extinctions”—the biggest disaster in history. In this regard, the world leaders have been largely failed to take into account these warnings in managing natural resources.

‘Mass extinctions’ refer to a widespread and rapid decrease in the biodiversity on Earth. Some experts hint the coronavirus pandemic is a direct consequence of the mass extinctions that are caused by a catastrophic event or rapid environmental/climate change. Scientists have been able to identify six mass extinctions in Earth’s history. They unravel the causal relationships between biodiversity loss, mass extinctions, and global pandemics.

A few years back an article published in the journal namely “Proceedings of the National Academy of Sciences” reveals billions of populations of animals have been lost in recent decades. This phenomenon was called a “biological annihilation”- the massive loss of wildlife that represents a “frightening assault on the foundations of human civilisation.” According to this research, a biological annihilation of wildlife in recent decades means a sixth mass extinction in Earth’s history is underway.

“The resulting biological annihilation obviously will have serious ecological, economic and social consequences” the study shows. A biological annihilation underlines the seriousness for humanity of Earth’s ongoing mass extinction event. Key reasons for this event include habitat destruction, over hunting, toxic pollution, invasion by alien species and climate change. In tandem, scientists indicate that the ultimate cause of all of these factors is “human overpopulation and continued population growth, and over consumption, especially by the rich.”

Earth’s five previous mass extinctions have happened a long time ago. The fifth mass extinction is named ‘Cretaceous’ and occurred about 65 million years ago. Likely causes include asteroid (i.e., huge space rocks) impact, volcano activity, and falling sea level. Key results were widespread fires, and plants disrupted by the global ash cloud. The asteroid impact killed off the dinosaurs and about 75 per cent of species. Since then, birds and mammals have evolved to become the dominant land species. The huge space rocks hit Earth and sent debris into the air, effectively producing an “impact winter” that drastically changed the climate across the entire planet, studies document.

The fourth major mass extinction is called the ‘Triassic’ mass extinction, which happed about 200 million years ago. Suspected causes were volcanic activity with basalt flooding, global climate change, and changing pH and sea levels of the oceans. This extinction eliminated more than half of all living species. Other major results include desertification of land and frequent heat waves.

The third mass extinction is called ‘Permian’ that occurred about 250 million years ago. This is the largest of all known mass extinctions with a massive 96% of all species on Earth completely lost. Likely causes were volcano activity, an increase in methane and carbon dioxide, and rapid global warming. This extinction perpetuated desertification of land and oxygen removal from the oceans. This major mass extinction has been dubbed “The Great Dying.”

The second major mass extinction is called ‘Devonian’ which happened about 340 million years ago. Species elimination rate was around 70 per cent. Marine life was particularly hard hit, with coral reefs disappearing almost entirely. Major causes were rapid global cooling and asteroid impact(s). Other results of this massive disaster include ocean life affected by temperature and land species had trouble adapting to these changes in climate and went extinct as a result.

The first mass extinction (Ordovician) was caused by rapid global cooling and falling sea levels as well as subsequent climate change. Most life at the time was marine, and this mass extinction had vanished up to 85% of all living species.

Historical evidence suggests that the changing climate has implicit and explicit contribution to occur mass extinctions. To be sure, climate change is a “threat multiplier” that literally affecting all natural and human systems. Avoiding climate change can be the biggest solution for escaping the Pandora’s Box of accelerating pandemics, scientists state. The intensity and severity of changing climate and several mass extinctions insinuate that we are approaching pandemics.

The loss of biological diversity is one of the most severe human-caused global environmental problems. The current state of biodiversity loss paints another gloomy picture of acceleration of pandemics. The Global Assessment on Biodiversity and Ecosystem Services by the Intergovernmental Science-Policy Platform on Biodiversity and Ecosystem Services (IPBES) highlights connections between “unprecedented biodiversity loss” and “increase the risk of disease spill over from wildlife to people.” The flagship report demonstrates that the continued degradation of the environment is increasing the likelihood of diseases spreading from animals. Relevant previous examples confirm that swine flu comes from pig, HIV comes from monkey, and SARS & Ebola virus emerges from bat. Recently coronavirus transmits from bat, as initial research indicates.

The loss of nature equates to the rise of pandemics, the World Wildlife Fund (WWF) warns. Studies point out the links between humanity’s impacts on ecosystems and biodiversity and the spread of certain diseases, despite many of these links are not yet fully understood. However, it is increasingly clear that human health and planetary health are closely connected.

The IPBES outlined the consequences for humanity of the rampant erosion of ecosystems across Earth. They demonstrate many of nature’s contributions to people that are essential for human health, and their decline thus threatens a good quality of life. It is well-established that nature is the origin of most infectious diseases but also the source of medicines and antibiotics for treatment. Emerging infectious diseases can be exacerbated by land clearing, habitat fragmentation and overusing antibiotics. History shows land-use change was a leading driver of emerging zoonotic diseases since 1940.

Leading biodiversity experts have warned that rampant destruction of forests and biodiversity (e.g., wild animals) will unleash more pandemics and the coronavirus pandemic is likely to be followed by even more deadly and destructive disease outbreaks – unless we take proactive initiatives to curb on the destruction of nature.

Conserving, restoring, and sustainably using nature is the only way to escape the worst climate crisis as well as biodiversity and pandemic crises. This target cannot be met by the current development trajectories. Transformative changes across economic, social, political and technological factors to manage “nature” can be an optimal approach to overcome these crises.