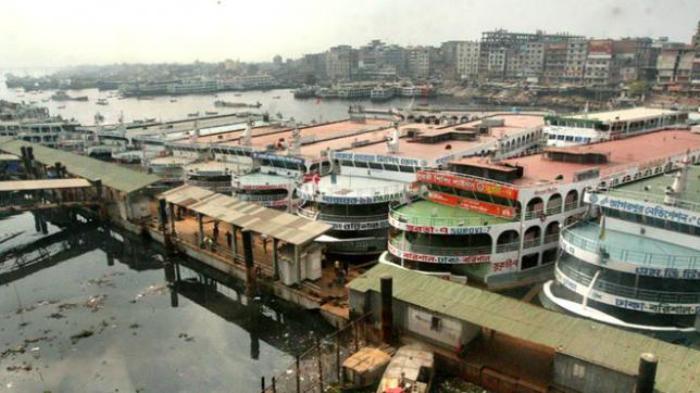 Launch services on Barishal’s internal routes were suspended on Friday morning due to inclement weather.

The restriction will remain in place until further notice, he said.

Meanwhile, the low-lying areas of Barishal city have been inundated by torrential rains.

Waterlogging has occurred in many areas.

Ainisur Rahman, a senior observer at the Barishal Meteorological Office, said 156mm rainfall had been recorded in Barishal for the last 24 hours till 9am on Friday and 62mm rainfall was recorded from 8am to 9am today.

The speed of the wind is normal.

He said that due to deep low pressure in the Bay of Bengal, there will be rain throughout the day.

According to the Bangladesh Water Development Board, the water of Kirtankhola River in Barishal is flowing above the danger line.