Antigen test to detect corona likely to start next month 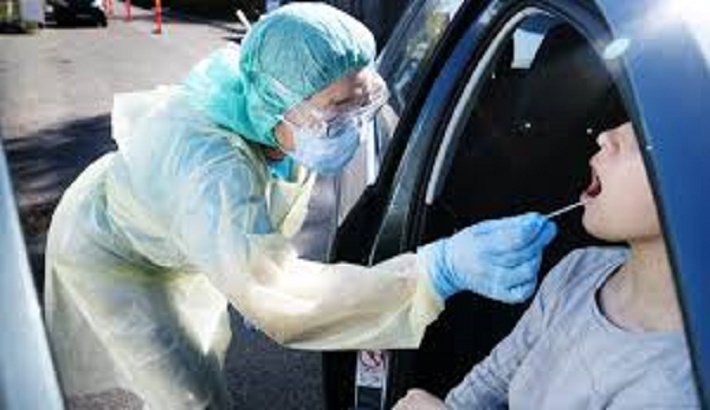 The long-awaited antigen test to detect coronavirus in human body is likely to start next month after the testing kits are available.

“We still can’t say the exact date of starting the antigen test as the kits have not reached us yet. May be it would begin next month,” Dr Md Habibur Rahman, Director (MIS) of Directorate General of Health Services (DGHS), told daily sun on Wednesday.

However, the county’s health experts viewed that the government should launch the rapid antigen tests immediately for diagnosis of coronavirus infection before the second wave of the pandemic gets underway.

About the cost of the antigen test for coronavirus, Habibur Rahman suggested that the expenditure will nearly be the same as RT PCR test.

Asked whether private hospitals will be authorised to conduct such test, the DGHS official said: “We have discussed the issue of giving permission to the private hospitals, but we have not taken any decision yet.”

The government has allowed the public hospitals across the country to carry out antigen test for rapid detection of coronavirus infection. The Health Ministry made the announcement through a circular on September 17.

In response to that the government issued a circular, asking all government hospitals, government PCR labs and all health institutes across the country to go for such test in compliance with the interim guideline of World Health Organisation.

Now the Reverse Transcription-Polymerase Chain Reaction (rRT-PCR) method is being used in the country to detect the coronavirus infection in public and private hospitals across the country.

The DGHS officials said the government initially is buying around two lakh antigen testing kits through the Central Medical Stores Depot (CMSD). It has procured about 2 lakh rapid testing kits from two companies -- Abbott GmbH & Co of Germany and SD Biosensor of South Korea. Apart from the two companies, the government will also procure more kits through the World Bank and the UNICEF, said DGHS officials.

Initially, the government has planned to introduce antigen testing facilities at 10 specialised and 36 district hospitals, including those designated to treat Covid-19 cases, across the country.

Meanwhile, the WHO has already delayed the supply of ten lakh antigen kits to Bangladesh. On September 28, the WHO announced that 120 million antigen rapid diagnostic kits for Covid-19 would be made available to low- and middle-income countries under an agreement between manufacturers Abbott and SD Biosensor and the Bill & Melinda Gates Foundation.