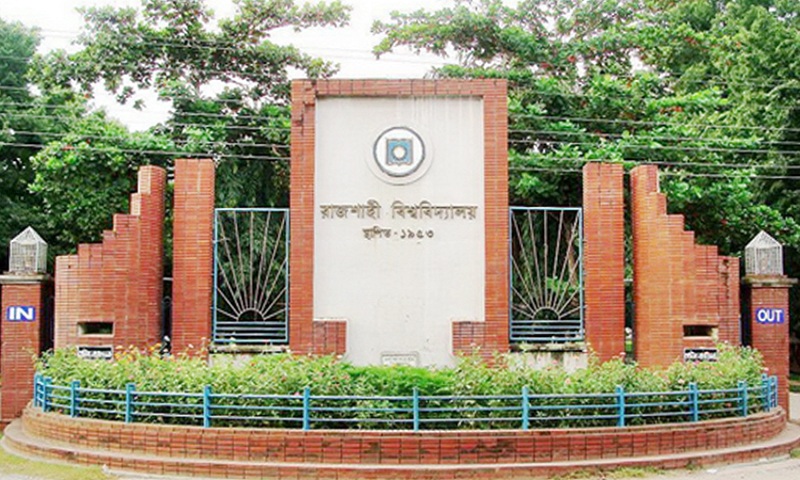 The University Grants Commission (UGC) has evidence proof of a bevy of allegations including corruption against Rajshahi University (RU) Vice-Chancellor Prof Dr M Abdus Sobhan and Pro-VC Prof Choudhury M. Zakaria and some others of the university.

A three-member probe body led by UGC member Prof Dr Dil Afroza Begum found the proof of 25 allegations against the RU VC, Pro-VC and some other teachers during a probe.

The university regulatory body submitted the main report comprised of 36 pages and 700 more pages of related documents to the Education Ministry, Prime Minister’s Office (PMO), and the Anti-Corruption Commission (ACC) for taking action in this regard.

It was mentioned in the probe report that the commission found evidences over 25 allegations brought against the RU VC, Pro-VC and others during their probe after examining related documents.

The UGC report found the proof of the allegations including appointment RU VC’s daughter and her husband as teachers at the university relaxing the teachers’recruitment rules, providing false information to the President by the VC, teachers’ recruitment business, nepotism, appointing heads of different departments violating rules.

UGC said due to the irregularities and nepotism, the image of the post of vice-chancellor has been tarnished while the standard of education and research at the university are being hampered instead of improving.

“These kinds of irregularities are the barrier to ensuring education friendly environment and transparency at the university while such incidents are unacceptable,” it said.

UGC recommended the higher authorities concerned to take necessary action to save the image of the renowned traditional public university.

The regulatory body said despite various allegations of irregularities at the university, Prof Sobhan did not take any steps which are against the Rajshahi University Act 1973. He ignored the educational qualifications during recruitment process which will put a negative impact on the university’s quality research and education in future.

UGC said necessary action can be taken against the members of the selection board to ensure justice for the jobseekers.

It also said most of the incidents of irregularities are taken places at the university due to the changing of RU teachers’ recruitment policy, officer and staff appointment policy.

It also sought an order to cancel the appointment of 34 less qualified teachers who were appointed through nepotism and irregularities following the Rajshahi University teachers appointment policy 2015.

The probe report recommended the removal of the acting registrar Prof Abdul Bari mentioning that the registrar had not cooperated with the inquiry team at various stages of the investigation. It is, therefore, recommended that Bari be removed from the post quickly and action taken against him.

The probe report also said the RU VC Prof Sobhan occupied a duplex house of the university for 18 months showing various excuses. It recommended collecting Tk 5.61 lakh as rent for the house from the VC.

The teachers brought allegations of corruption, nepotism, recruitment business against them in the 300-page allegation sheet.

Following the directives of the PMO office and Education Ministry, the UGC formed a probe committee comprising its two members and a senior assistant secretary to probe the allegations. As a part of the probe, the UGC asked the RU VC, Pro-VC to appear at the commission on September 17 for mass hearing over the allegations but the duo did not come to the commission.

UGC member and head of probe body Prof Dil Afroza Begum said the probe report with the recommendations of the probe committee was submitted to the Prime Minister's Office on Tuesday and it also submitted to the Ministry of Education and the ACC on Wednesday.

“We have found evidence of the allegations against various persons in the RU administration. Based on the probe report, the concerned department will take steps,” she added.

The Daily Sun tried several times to contact Education Minister Dr Dipu Moni and the RU VC Prof Abdus Sobhan for their comments in this matter but they did not pick up the phones.