Covid: Greater Manchester to move to tier 3 restrictions from Friday 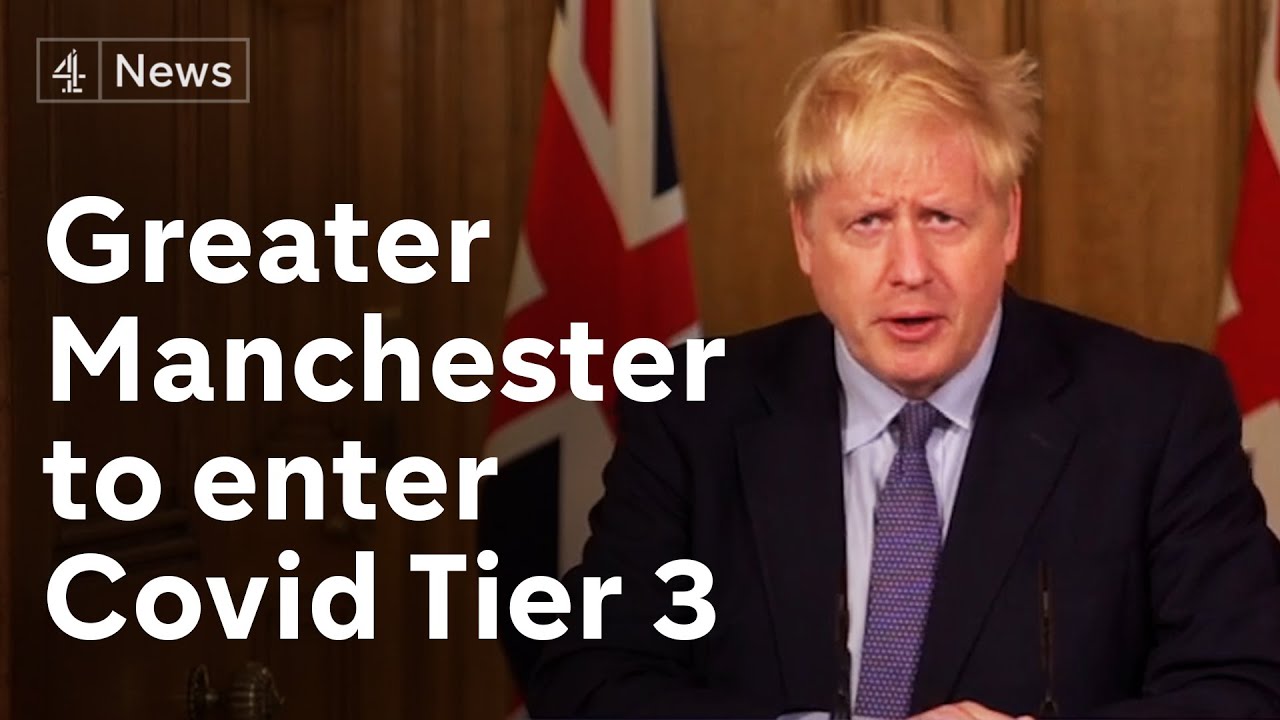 Greater Manchester will move to England's highest tier of coronavirus restrictions from Friday at 00:01 BST, the prime minister has announced.

Speaking at No 10, Boris Johnson said "not to act now" would put the lives of Manchester's residents "at risk".

He said a "generous" offer of financial support had been made to the region but that Mayor Andy Burnham had refused it.

Mr Burnham said he had not been offered enough to "protect the poorest people in our communities".

Under tier three rules - currently only applied to Lancashire and the Liverpool City Region - pubs and bars not serving substantial meals have to close, while household mixing is banned indoors and outdoors in hospitality settings and private gardens.

Betting shops, casinos, bingo halls, adult gaming centres and soft play areas will also have to close, while there is guidance against travelling in or out of the area.

Greater Manchester is currently under tier two rules, meaning pubs and restaurants must close at 22:00, there is no household mixing indoors and the rule of six applies outdoors, reports BBC.